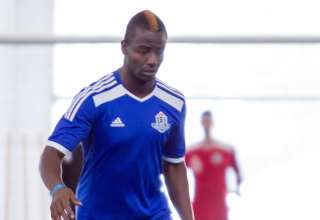 After a two-week trial in Edmonton, the Jamaican speedster has signed a contract with the NASL club. The signing leaves the Eddies with one remaining international slot that the club can fill.

Will that spot go to Irish international Caleb Folan? The former Colorado Rapid returned to the United Kingdom this week to attend to personal matters; the club knew that Folan, who was on trial last week with the Eddies, would only be in Edmonton for a few days. There’s no word if he’ll be back or not, but the club confirmed that he was offered a contract.