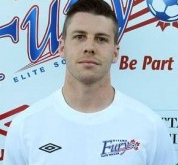 In an interview with The 11 (CLICK HERE), forward Carl Haworth spoke about his hopes of graduating from the Ottawa Fury’s PDL side to its inaugural NASL squad for the 2014 season.

It’s hard to imagine Haworth doing any more to impress NASL squad coach Marc Dos Santos than he did in the PDL Northeast Division championship game. Haworth scored the first three goals of the match — one of them on a penalty that he drew— as the Fury cruised to a 6-0 win over GPS Portland Phoenix. In hockey, Howarth’s feat would be called a natural hat trick — heck, it works for soccer, too.

The win sends Ottawa to the PDL Eastern Conference championship; it will meet Reading United in the semifinal this weekend.

For Haworth, a former Montreal Impact draft pick and a member of Canada’s U-23 team at Olympic qualifying last year, it was goals 13, 14 and 15 on the season. Carlo Basso scored twice and set up Eddie Jones’s goal to make up the rest of the Fury’s, well, offensive fury.

But it wasn’t all good news on the Canadian-team front. Out in the west, the Vancouver Whitecaps’ U-23 side was eliminated from the PDL playoffs, after enduring the heartbreak of a penalty-kick defeat in Portland. Bobby Jhutty scored for Vancouver as the game finished 1-1; extra time solved nothing. Simon Thomas, who backed up Milan Borjan in goal for Canada at the Gold Cup, was in goal for the Whitecaps’ U-23s, but the shootout ended in a 5-4 loss.