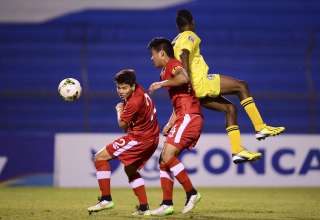 Pacific FC announced the signings of three British Columbia players — Matthew Baldisimo and Terran Campbell has been in the Vancouver Whitecaps system, and Alessandro Hojabrpour, who had been playing in the youth wing of Bulgarian side, Lokomotiv Plovdiv.

Campbell and Baldisimo saw their playing time in USL plummet after the Vancouver Whitecaps chose to shutter their WFC2 program and instead affiliate with the expansion side, Fresno FC, in 2018.

Before heading to Bulgaria, Hojabrpour was with the Whitecaps residency.

“These three are solid young players in their age group and we are glad to have them join us to continue their careers back in Canada, ” said Michael Silberbauer, head coach of Pacific FC, in a release issued by the club. “They bring energy and excitement to our growing team.”

Baldisimo captained the Canadian U-17 team in 2015 at the CONCACAF Championships.