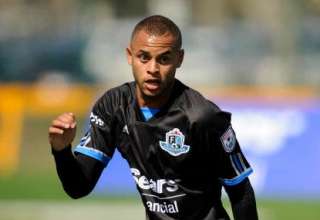 FC Edmonton accounts for 55 per cent of the domestic content in the upcoming Amway Canadian Championship.

The four teams involved in the ACC submitted their rosters Friday, and the NASL Eddies boast more Canadians in their lineup than Vancouver, Montreal and Toronto FC combined. The three MLS teams together have 14 Canadian players on their rosters, total. FCE has 17.

For purposes of registering domestic content, the Canadian Soccer Association differs from MLS. While MLS counts Alain Rochat (the Whitecap was born in Canada, but grew up in and represents Switzerland) and Eduardo Sebrango (the Impact forward played internationally for Cuba before coming to Canada) as domestic players, the CSA does not include them in the Canadian counts.

The CSA permits the teams to declare rosters of 30, but only the Montreal Impact chose to do so, adding players from its academy system to fill out the roster, including Canadian citizens Karl Ouimette and Wandrille Lefevre. The Impact goes into the tourney with five Canadian players on its roster.

Meanwhile, the Whitecaps bring only Bryce Alderson and Russell Teibert, who were both on the Canadian U-23 team at the recent Olympic qualifiers. Canadian striker Caleb Clarke, who the Whitecaps promoted from the Residency to the MLS roster earlier this week, is not on the roster.

Because FCE, TFC and the ‘Caps each declared 25-man team lists, their coaches can add players during the tournament until they get to the roster maximums.