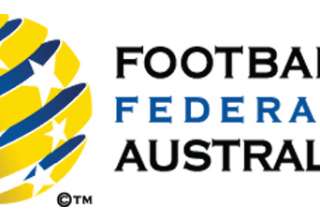 You can draw a lot of comparisons between Australia and Canada. We are both Commonwealth nations, with small populations relative to our land masses. Australia has about 23 million people, Canada has 34 million.

Ask any foreigner to name any urban centres outside of Canada or Australia’s top three or four cities, and they’ll struggle.

Soccer in both nations takes a back seat to other more popular mainstreams sports; in Canada, we have hockey. Australia has rugby, Aussie Rules football and even cricket. In fact, you can argue that, in Australia, soccer has less of a hold than it does in Canada, as A-League teams generally draw fewer fans per game than the Canadian MLS teams (albeit that Australia does have its own professional league).

So, with so much to compare the two nations, can Canadian soccer fans draw anything from Football Federation Australia’s new strategic plan? (CLICK HERE TO READ IT)

In Canada, reformers speak of changes that will benefit the game in the long-term, but warn we shouldn’t expect widespread success for a couple of World Cup qualifying cycles to come. Australia has done the opposite — it has set some heady goals for its federation.

Like CONCACAF, Asia has a couple of big dogs on the block — South Korea and Japan — who are considered to be automatics to qualify for World Cups. And, Australia, like Canada, has still show itself to be wildly inconsistent in qualifying.

But Australia isn’t waiting. It doesn’t see reform as a long-term, long-tail process. There’s a recognition that if you have a talented generation of footballers, you need to develop them, post-haste. It’s an exceptionally ballsy, lay-it-on-the-line goal to say that you want to be a top-10 FIFA nation… in just a little over three years.

Australia’s new strategic footballing plan calls for the national team to, as a minimum, make the final 16 at the 2014 World Cup.

These are real goals — and, if the Socceroos don’t attain them, you will be sure heads will roll.

The Australians recognize what is true in all sports; that, because the window for every player to succeed is small, that there is really no such thing as a long-term plan. What we think of as long-term success in sport is really a series of separate short-term successes all tied together. The big soccer powers, Brazil, Germany, Italy, Argentina, have been able to weave these successes together. But soccer is also filled with stories of nations that get lucky with a generation or two of players and then fizzled again; think Hungary of the ‘50s, Poland of the ‘70s, the Czechs of 1996, Greece of 2004. Oh, and to think of what Yugoslavia would have achieved as a footballing nation in the ‘90s had a civil war not ripped the country apart.

But Australia has recognized that the chance to put together generation after generation of success comes from reaching as wide a demographic as possible. That, before you address coaching or the development ladder, that you have to make sure you are collecting the best talent available, and none slips through the cracks.

Unfortunately, Canada is a country where so many players who don’t play for the big four provincial associations — Ontario, Quebec, Alberta and B.C. — go through the system unnoticed.

We have players from the prairies and the East Coast who may have just one preliminary game at a national tournament to get seen.

The laws of statistics tell us we will be a stronger soccer nation if we draw from our entire population rather than have teams based on players from the Greater Toronto area and a small corner of British Columbia. If we do that, we will continue to draw on a base that’s less than half of the nation’s population. And that should mean our national teams will only be half as good as they could be — statistically speaking. For example: Two have roughly the same economic standing. One has a population of 30 million, the other has a population if 15 million. If they both are mining their entire populations for talent, the nation with 30 million should have a better soccer team most of the time. Sure, there will be a blip here and there when the smaller nation provides a more talented class, or comes up with a unique system that breeds success (such as the Dutch’s adherence to the 4-3-3, which helps keep a tiny nation amongst the sport’s elite). But, the law of averages will say that wider demographic = greater chance of success.

Take the example of Mozzi Gyorio, who hasn’t really figured in the national-team setup Being from Prince Edward Island, his talent wasn’t seen. But this year, playing in the NASL, he began turning heads. In fact, sources inside NASL have told The 11 that Toronto FC had tried to prise Gyorio away from FC Tampa Bay during the 2011 season.

And, even in the populous areas, we see kids slip through the system. Oliver Spring is a teenager from the GTA who has had several trials-training sessions with Feyenoord, but wasn’t really scouted by any youth arm of the national program.

Joseph Di Chiara never represented Canada at any youth level, but was good enough to get a contract in the Russian Premier League.

Australia has a similar problem, a population that is spread out, so the chance to miss prospects is great. Geography plays a major challenge for scouts. So, as part of reform, the country has developed myfootballclub.com (CLICK HERE), which is aims to create a national online database of all players in the country.

Parents will be able to register their kids for any team in the country using the online portal. No more lining up on Saturday mornings at community centres. All registrations go to one national database. It makes registering players easy, and makes tracking them easier. Really, the advent of a national online system may have a greater effect on Australia’s footballing success than when it has Guus Hiddink coach the national side.

So, could it work in Canada?

We are a nation where far too many prospects are missed. And that needs to change.

Agreed, Australia isn’t the perfect model for us. It has its own Div.-1 league, while we share Divisions 1 and 2 with the United States. In fact, the U.S. dominates our leagues. But, the Canadian club teams we do have outpace the average attendance for an Australian A-League match. Just this weekend, the Brisbane Roar, on a 36-game unbeaten run, rolled into Sydney. Yes, the weather was poor, but the game drew just over 11,000 fans.

But, in a lot of other areas, we share a lot of characteristics. Australia’s reform isn’t polite. The federation isn’t being apologetic for current failings while trying to come up with a milquetoast long-term strategy.

Yes, Australia is setting the bar very high for itself. But it’s better to set lofty goals and miss than to brag about reaching a soft target. Australia’s plan is geared to immediate success; and if we see that, it’s a memo that has to cross the desk at the Canadian Soccer Association’s Ottawa offices.