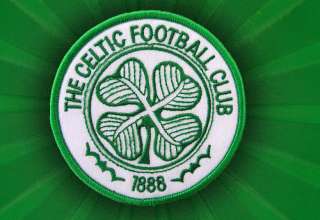 Dwayne De Rosario’s trial with Celtic will continue for another week, according to reports by Scottish broadcaster STV.

And that will likely mean the vow of silence from Toronto FC’s all-time leading scorer and his agent, David Baldwin, will likely continue for another seven days.

When contacted by The 11 on Friday, Baldwin stated that there is “no news yet” from the De Rosario camp. Baldwin had previously stated that there would be comments from their side once they had seen how the Celtic trial had “panned out.”

Celtic took De Rosario on a trial/training session just after Christmas, leading Toronto FC to demand that the Scottish giants complete paperwork to ensure the Scarborough native could legally train with the club. TFC has said that De Rosario had begun his trial with Celtic without its permission.

TFC had been contacted before Christmas by Baldwin about the possibility of a trial, but have stated that they never gave the final blessing for DeRo to go over, which would have included finishing the insurance paperwork.

After a hold-up while the papers were secured, TFC then gave De Rosario permission to continue his stint with Celtic, but the new team brain trust, headed by technical director and head coach Aron Winter, has said it expects De Rosario to be back for training camp in a couple of weeks.

After speaking to the Scottish papers when the trial began, De Rosario and Baldwin have taken a vow of silence.

But, really, there are some very solid reasons out there for their silence. When you do the homework, you’ll find out that Baldwin represents four other Celtic players. He facilitated the deals that brought two other players from the CONCACAF region to Celtic in 2010; Honduran Emilio Izaguirre and Mexican Efrain Juarez. So, with that in mind, wouldn’t it be bad business for the agent to drag Celtic into a public debate over De Rosario’s status, when that club employs so many of his clients?

Base Soccer, the agency for which Baldwin works, represents Juan Pablo Angel. With that in mind, why would Baldwin want to get into a war of words with MLS or TFC?

The previous two paragraphs represent a connecting of the dots on this columnist’s part.

Also interesting is news that, according to STV, Celtic’s move to bring striker Erik Huseklepp into the club from Danish side Brann has hit a snag. According to the network, Huseklepp thought, even though he has a contract with the Danish side, that he had a handshake deal with management that would allow him to leave for a club willing to bid more than one million pounds for his services. Brann has claimed that handshake deal was only valid in 2009, and that he doesn’t have the right to dictate a move to Celtic.