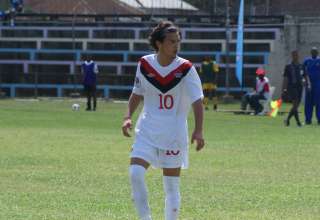 Former Toronto FC coach Nick Dasovic is the new coach of the Canadian men’s U-20 team.

Dasovic, who replaced Preki as head coach late in the 2010 season, was made a scout in 2011 and then left TFC by mutual agreement in May, will run an U-20 camp later this month in Sunrise, Fla.

“We are pleased to have Mr. Dasovic back in the fold of Canada’s national program,” said Tony Fonseca, the Canadian Soccer Association’s men’s High Performance Director. “We are confident that Nick’s knowledge and experience will help improve the players in their development towards the full national team.”

Dasovic was a Canadian national team regular throughout the ‘90s, earning 63 caps.

Of the 19 players named to the roster, Keven Aleman’s name jumps out. Aleman, who was the poster-boy for the U-17 team has been the subject of rumours of a jump to the Costa Rican national side. Aleman, who is listed as being with Spanish side Real Valladolid, was chopped by TFC after U-17 qualifying, because he wouldn’t sign a deal to stick with the Academy.

“We ask that our Academy players sign a letter of commitment, which is an agreement between our club and player that they will receive the best training and development opportunities, with the goal of reaching the first team,” said Toronto FC head coach and technical director Aron Winter said at the time. “These players have decided not to commit to our Academy in order to pursue tryouts overseas.”

If Aleman didn’t get a deal in Europe, he was expected to come to play in Vancouver’s system. But this camp doesn’t represent a complete list of U-20 prospects.

“Of note, a few players in Canada were not called in per their year-end programs with their clubs,” read a release from the CSA. “Also of note, goalkeeper Ricky Gomes was unavailable because of injury.”