January 22, 2022
9 New Articles
Home Canadian Soccer The Association Commonwealth Stadium WWC debate shows just how much work CSA has to do in Alberta 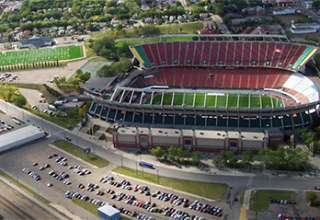 The Canadian soccer community will have to wait a little longer on the City of Edmonton.

On Tuesday, members of city council decided not to vote on a funding framework for the renovation of Commonwealth Stadium, with an eye to have the revamped stadium ready for the 2014 U-20 Women’s World Cup. The City’s Community Services Committee was given the option of three renovation plans — but it was decided not to actually put any of the funding models to a vote till the end of the month.

It’s clear that the city recognizes that Commonwealth, a concrete giant that reminds you of stark Communist-era architecture, desperately needs an upgrade if the city is to attract any of the marquee matches. With Vancouver already having a renovated BC Place in operation, and a new $32.5 million soccer centre planned for the UBC campus, Edmonton is playing catch-up when it comes to Western Canada’s host cities.

What Edmonton does have working in its favour is the legacy of the 2002 U-19 Women’s World Championship, which saw Commonwealth Stadium slammed for women’s junior-level soccer in a way that FIFA had never seen before (or seen again). That still resonates with FIFA officials.

The city has undertaken a feasibility study for a new 10,000-15,000-seat soccer stadium, which would become the home for FC Edmonton. But Commonwealth’s status as a Women’s World Cup venue is a separate issue.

The city’s administration prefers the city take the middle option — not the cheapest, not the most expensive. It’s a $20.7 million project which would see the southwest portion of the stadium rebuilt, a new jumbotron and rebuilt dressing rooms, with state-of-the-art facilities for the visiting teams.

No mention is made in the report if it means replacing Commonwealth’s artificial turf with grass.

The city has just opened a state-of-the-art fitness centre that connects to Commonwealth — so the off-field training portion of the facility should be fine.

What’s scary for Edmonton (and Canadian) soccer fans is option three. It comes in at just $12.8 million, and includes a stadium facelift and suggests that trailers, yes, trailers, be erected on the track surrounding the field. These could become dressing rooms, coaches’ facilities, media facilities. Anyone who was at Empire Field during the Whitecaps’ stay there in 2011 before BC Place was complete knows how awful a sea of trailer looks.

It would be embarrassing.

There is also a Cadillac option, a $35 million plan that would mean a rebuilding of the north concourse of the stadium. But it’s hard to see the city approving that plan. Talk to city fathers, and you still feel the wounded pride that Edmonton is no longer selected for Canada’s men’s national-team games — and the feeling that the city was given false hope at the chance to host marquee games for the U-20 World Cup in ’07.

When the feeling is that the city and the facility has been abandoned by the CSA, it’s hard to imagine that you’d get enough support on council to spend $35 million on what could end up being a few group-stage games.

And this is an example of the political pressure that the CSA has to feel as we get closer to the Women’s World Cup. You want Cadillac facilities around the country — well, the various national teams have to promise to use those stadiums and practice fields after the Women’s World Cup. If the status quo remains Toronto’s fortress BMO, what’s the point of Edmonton City Council spending more than the bare bones amount to fix a stadium for soccer?

In fact, Mayor Stephen Mandel, who is a proponent of a new soccer stadium for the Eddies, today mentioned he’d be OK with the trailer option.

The city clearly understands it has hosting duties that it needs to fulfill. But without assurances that the stadium will get marquee games, or that the CSA would use it in the future (remember Canada-Brazil at Commonwealth?), it puts those in charge of the public purse in a situation where they need to choose between three options — one of them that we have to say is scary cheap.

And in Alberta, the richest, most prosperous province in Canada by a country mile, a place where people who drive buses make more than execs in Toronto, we have a debate about whether or not to stick temporary trailers on a track in order to get our World Cup bid to a passing-grade level. And it shows just how much PR work the CSA has to do in Canada’s centre of wealth.

BELOW: THE OFFICIAL CITY REPORT 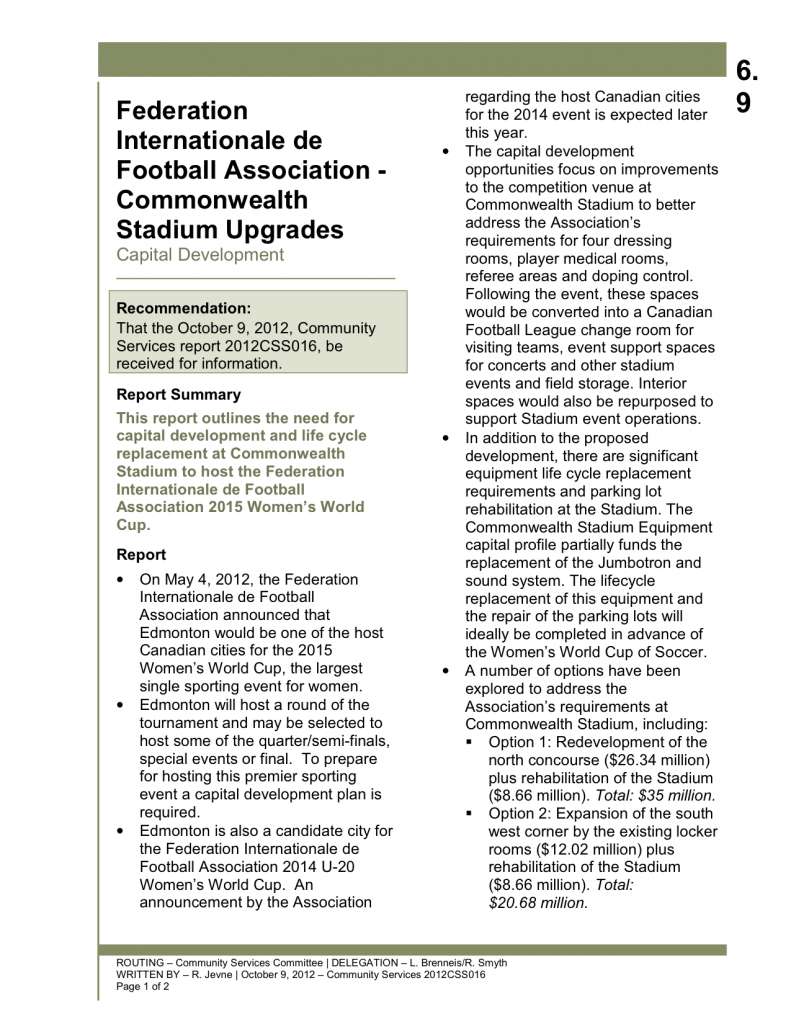 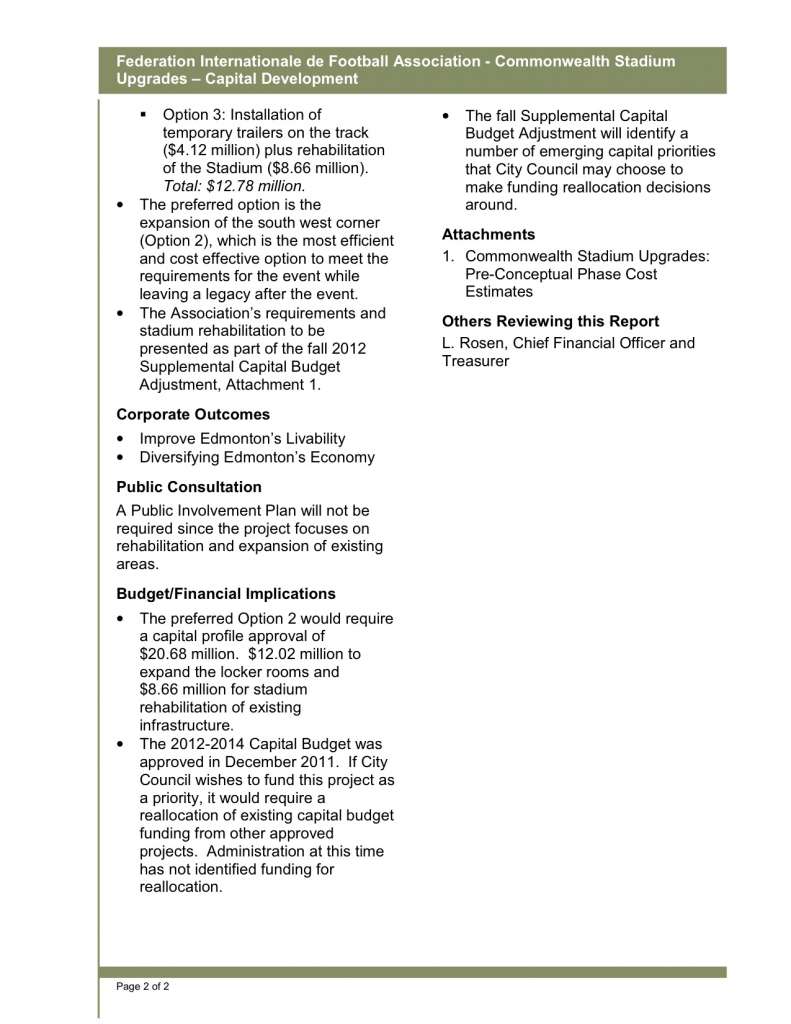