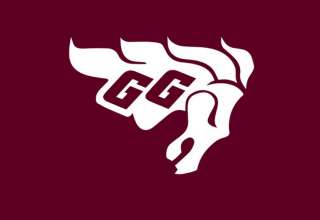 Pilar Khoury broke her own school record, scoring her 13th and 14th goals of the season, as the Ottawa Gee-Gees, ranked No. 1 on the CIS women’s chart, finished the OUA regular season with a 3-0 triumph over Ryerson.

After going winless in two games last week, including a 4-1 loss to the crosstown rivals at Carleton, the Gee-Gees righted the ship heading into the OUA playoffs. The Gee-Gees finished the campaign with 55 goals for and a +45 goal difference. Khoury’s total of 14 goals was good enough for second on the OUA overall scoring chart.

Laurier’s Emily Brown finished the regular season with 18, including two in a 3-1 win over McMaster this past weekend. But Khoury is but one of many weapons in the Ottawa arsenal. When a team scores 55 times in 16 games, there’s a lot of ways it can beat you.

On Saturday, the day before the win over Ryerson, the Gee-Gees beat the University of Toronto by a 1-0, count, with Faythe Lou knocking home the winner off a corner kick.

The University of Alberta Pandas were just behind Ottawa in last week’s rankings. But the U of A suffered its first loss of the Canada West season this past weekend. The defending CIS champs from Trinity Western University got two goals from Krista Gommeringer and beat the Pandas 2-0 in Langley, B.C.. After a slow start to the season, Trinity Western has rounded into championship form. The win on Saturday was TWU’s sixth in a row. The Spartans are unbeaten in nine, and have allowed just one goal in seven games.

By beating Alberta, the Spartans sent a message to the rest of the country that rumours of their demise were greatly exaggerated. Alberta rebounded with a 3-2 win over the University of British Columbia Sunday in Vancouver, as Shalla Kadima got the hat trick for the Pandas.

The Ryerson Rams’ men’s team finished the OUA regular season without a loss. A free-kick goal from Martin Dabrowski was all the Rams needed to beat the Carleton Ravens 1-0. The Ravens had held the No. 1 slot for a week in September, but they couldn’t manage to beat a Rams side that wasn’t at full strength. Because Ryerson’s coaching staff already knew the OUA East title was decided, the idea Saturday was to keep the team as injury- and card-free as possible, so the squad was rotated.

Dabrowski’s free-kick ricocheted off a couple of Ravens’ defenders before going in. Rye High finished the OUA season with 12 wins and two draws and hosts an OUA quarter-final match Oct. 27 at Birchmount Stadium in Scarborough, Ont. The No. 1-ranked University of British Columbia Thunderbirds were on a bye week and will likely hold top spot.