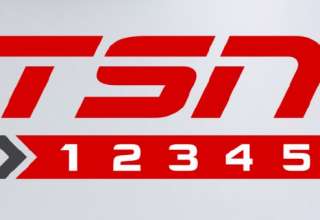 The scene is the same across Canada’s MLS stadiums. Thousands of screaming fans filling the seats, a high proportion wearing team scarves, jerseys, hats and a variety of other team gear. Fans are supporting their teams — both financially and metaphorically. It all tends to be very loud.

Now look at the teams’ television products. Pretty much crickets. Or cricket, since the plural implies a large number.

It’s been a bit of a puzzle, though television has been a challenge for the league ever since the MLS arrived in Canada in 2007.

Canada’s first team, Toronto FC, had a large and active fan club before anyone in a TFC jersey kicked a ball. Ticket sales were brisk.

But television was another matter, with games seldom drawing more than 100,000 viewers — and often a lot less than that.

Wait, the team said at the time. Wait until we’ve got a winning team. Wait until the league has a larger national presence, not just a footprint in Toronto. Wait until rivalries develop among those Canadian cities. Then you’ll start seeing big TV numbers.

Well, the rivals came along and at times the Canadian teams were quite competitive. In fact, Toronto FC is currently one of the best teams in the MLS.

But with the exception of a rare blip — 352,000 watched TFC’s home opener two years ago after an aggressive off-season marketing campaign — the audiences have not materialized. Worse yet, they seem to be shrinking into oblivion.

Toronto FC averaged a paltry 38,000 viewers this year on Sportsnet as of July 21, down 35 per cent from last year. Not to be cruel, but old-fashioned test patterns used to do as well as that.

Those, by the way, are the only ratings the teams, league and networks would supply for this article, which gives you a pretty good idea of just how bad the TV picture is. (None responded to requests for formal interviews, either.)

A good indicator of that dark picture is the fact that only a couple of MLS games have made it into triple digits this year.

So why is it that teams that seem to be doing things right on the field and have created a dedicated following can’t do better on the small screen?

The big problem is that the MLS is a relative newcomer on the Canadian scene and just hasn’t had enough time to develop a following outside the core of 20,000, in each of the three Canadian markets, who show up for games.

“There’s just too much competition,” says one television source, who asked for anonymity. “There’s only so many viewers and so many time slots and when you’re the new show in town, it’s hard to crack the market.”

Indeed it is. In addition to the Blue Jays and CFL, MLS teams also have to go head-to-head with the Stanley Cup playoffs and the NBA playoffs.

Major League Soccer’s woes in Canada are similar to what the Toronto Raptors experienced for most of their existence. With the exception of a glorious peak during the Vinsanity era, the Raptors didn’t really establish a television presence until the last two playoff seasons when they hit the 1.5 million mark — two decades into their existence.

And even that won’t necessarily mean a big bump in ratings next season. Despite being one of the dominant teams in the league last season, the Raptors saw their ratings drop 14 per cent from the previous year, averaging 212,000 per game.

But there are some big differences between the Raptors and the MLS. For basketball fans, there are basically two television options — the NBA and the NCAA.

But soccer fans have a huge selection of leagues carried on a variety of channels. The European leagues all get plenty of air time as do big events such as Euro and Copa America.

It’s pretty hard for a league like the MLS to fight that competition. After a full day of English Premier League games, who but the most die-hard fan will stick around for a 4 p.m. TFC or Vancouver Whitecaps game?

Making matters even tougher is the perception of the league as third- or fourth-rate behind the European leagues. The CFL isn’t considered first-rate, but there’s little doubt that it’s the second-best pro football league in the world. In addition, it’s a uniquely Canadian league with more than a century of history.

“Some might argue that it’s [MLS]the sixth- or seventh-best league in the world,” a TV source says.

“Basically, it’s the soccer version of the American Hockey League, and that’s a tough sell.”

In the past, some have blamed the networks’ habits of moving games around from week to week: Sportsnet One, Sportsnet 360, TSN2, TSN4. But that doesn’t really hold water.

“Soccer fans are generally younger and more tech-savvy,” the source says. “The NFL bounces from channel to channel and people seem to find it. That’s a crock.”

Probably the biggest worry for Canada’s MLS teams is that they have, on rare occasions, drawn big TV audiences after big European stars have been signed.

But every time that happens, the numbers drop off dramatically, which sends one message: Soccer fans were intrigued by a big signing, tuned in and weren’t impressed.

Still, there is hope. Soccer is popular and the likes of Hockey Night In Canada and the Grey Cup weren’t built in a day.

The MLS doesn’t have that kind of pedigree, or anything even close to that.  Ten years does not a history make.