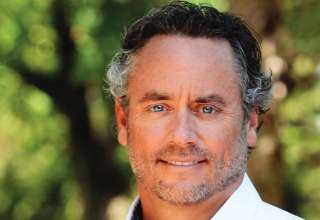 But, on the final day of the English season,the two Canadians had their hearts broken when their Derby County side lost 1-0 to Queens Park Rangers in the League Championship play off final. So, QPR goes up to the Premiership, while Derby County will endure at least another season in the Championship, even though the Rams scored more goals than anyone else in the division in 2013-14.

Wilson and Mallett are part of a Canadian-American consortium that owns Derby County. The largest shareholders — with 25 per cent each — are Wilson and American tycoon Tom Ricketts, who also owns the Chicago Cubs.

Mallett is from North Vancouver and came to prominence as the man behind online giant, Yahoo! He also owns baseball’s San Francisco Giants and is a partner in the MLS Whitecaps.

Wilson was born and raised in Saskatchewan, and came to prominence in Calgary’s energy sector. He is a former cast member of CBC’s Dragons’ Den, a show where angel investors hear pitches from entrepreneurs.

Before leaving for London, Wilson said he was confident Derby would earn promotion.

“I’ve been going to sleep and waking up with increasing levels of confidence,” Wilson said before getting on a plane. “It’s not corny, as someone who doesn’t observe one single faith, it’s not prayer. But I have a very good feeling about the game. We are going into the game with a high level of confidence. I’d rather be go- ing in with a 6-2 aggregate win, which is how we beat Brighton, than coming in on a 2-1 score after extra time that you had to claw and scratch to win, like they did over Wigan. They are going to have the mindset that they’re happy to be there, while we feel that we have shown we deserve to be in the Premiership.”

And it looked for most of the match that Wilson’s prediction would come true. Almost all of the scoring chances were created by the Rams. And, in the second half, Queens Park Rangers went down to 10 men. But the Rams spurned chance after chance. And, just before the match was set to go to extra time, Rangers finally got a shot on target. It would be the only one they would need, as Bobby Zamora’s effort found the corner of the goal.

As Calgary’s most prominent soccer investor, the question had to be asked: With so many ru- mours swirling about NASL looking to expand to Calgary, would Wilson be in the mix?

“If it turns out that I am going to be a 25 per cent owner of a Premiership team, then it will take all of my time and energy to focus on it.”

Well, Wilson won’t be joining the Premier ship ownership club, so, well, maybe? But he does have a blanket statement out there that he isn’t taking on any new investments or projects at the moment, simply because his time is already 100 per cent committed.

Queens Park Rangers have plenty of Can- con of their own. Junior Hoilett, the famous midfielder from Brampton, Ont. who refuses to commit to the Canadian national program, plays for R’s. As well, young Canadian Michael Petrasso continue to impress in his time with the club. But, Dylan Carreiro, another Canadian prospect. was released by QPR at the end of the 2013-14 campaign.

Wilson fell in love with Derby County after going to a match, and thinking how much the passion of the Rams’ supporters reminded him of his teenage years, going to Saskatchewan Roughriders games. But, still, no Derby fan has ever been spotted wearing a watermelon on his or her head, which has become a loopy tradition with Riders’ fans.