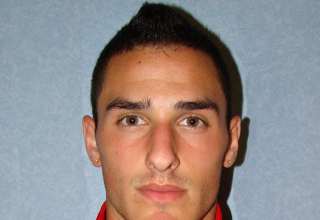 There’s no doubt about it. Canada’s soccer capital is…

Flowertown —the place that gave Canada Rick Nash, Scott Thompson from the Kids in the Hall, Michael Cera, Alan Thicke, Russell Peters, Rohinton Mistry and, ahem, this writer, is unquestionably the place to be if you want to raise a child who is going to be a soccer prodigy.

Canada named its roster for a pair of U-20 friendlies against the United States, to be played Dec. 16 and 18 in Sunrise, Fla., where Canadian national teams often hold winter training camps.

The Canadian U-20 team may as well change its name to Brampton United.

Midfielder Jaineil Hoilett, brother of Blackburn Rovers up-and-comer Junior Hoilett, is on the team. He and his brother grew up a stone’s throw from the Bramalea City Centre, the biggest mall in the city of about 350,000. The Vancouver Whitecaps’ Kevin Cobby and Sheridan College’s Jonathan Osorio also made the team.

TFC striker Nicholas Lindsay and Portugal FC forward Massimo Mirabelli are both from Brampton. Both will be making the trip to Sunrise.

That’s seven players on the roster from Brampton.

In 2009, I asked Jaineil why Brampton was such a soccer hotbed. He talked about how the city was so important to both himself and his brother.

“I think Brampton, compared with the big city, there’s not a lot to do, so we [Junior and Jaineil] focused on playing soccer,” he said. “In Toronto, there are so many things to do, so many distractions. In Brampton, we just played sports, played against each other.”

Dwayne De Rosario and Julian de Guzman can talk all they want about Scarborough’s soccer heritage; the famed Erin Mills Soccer Club, a factory for youth talent, is in Mississauga. The Whitecaps have their famed Residency program in Vancouver. Sorry.

The kids have gotta come from Brampton. They’ve got to know where to go to get to the Four Corners, to know to ask anyone from Bramalea what “section” he or she is from. They’ve wolfed down burger sat Sonny’s and been ejected from the food pit at the City Centre. They know how to pronounce “Chinguacousy.” Their homes have been buzzed by planes on their landing approaches to Pearson International Airport.