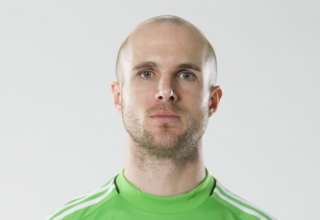 The injury to Toronto FC keeper Stefan Frei is much more serious than first announced.

Frei, who had been battling Milos Kocic for the No. 1 keeper job, broke his left leg a week and a half ago in a training-ground accident. At that time, the prognosis was that Frei would be out for eight to 10 weeks.

But, in a terse press release sent to media last Tuesday night, TFC announced that the recovery time has been changed. Frei had surgery to repair ankle ligaments that were torn, and now is expected to be out four to six months. The club stated that surgery was “successful.”

This means that TFC’s goalkeeping is super-thin for the season. Kocic is the clear No. 1, and the club can’t resort to using emergency keepers from the MLS pool for what could be the rest of the season.

The team will need to find a competent deputy for Kocic. Because, at this moment, Reds fans don’t want to think of what could happen if Kocic gets a twinge that keeps him out for even one game.

Frei was a first-round SuperDraft pick of TFC’s in 2009 and is the club’s all-time leader in games played by a goalkeeper. Kocic, though, came on in the second half of last season — especially in CONCACAF Champions League play — and was able to free the No. 1 job from Frei’s grasp. Still, in the offseason, Frei was tabbed to train with English side Liverpool FC.