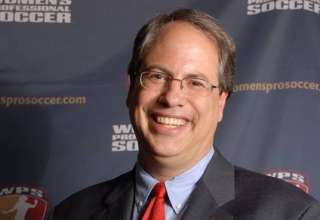 Peter Wilt, the president of the new Indianapolis NASL franchise, can’t conceal his happiness. With a chuckle, he confirmed Saturday that the team has just sold its 1,000th season ticket for the 2014 season, just three days after the club was officially announced as an expansion franchise.

“We have a 1,000 season tickets sold without a team name, without team colours,” said Wilt. “This is a great sports community.”

For four months, Wilt, the executive who brought the Chicago Fire into MLS, has been rallying the community and doing fact-finding meetings with potential supporters and sponsors. And all signs pointed to the fact that Indy would be a strong soccer market.

But, Wilt who, at the moment, is the franchise’s only employee, thought he might be leaving the job a couple of months ago. He was a candidate for the then-vacant Toronto FC general manager and president position, which eventually went to former D.C. United boss Kevin Payne.

Wilt was also linked with the TFC president’s job in 2007, but sources indicated the club decided to go with Mo Johnston as the head of soccer operations and Paul Beirne as the director of business operations, rather than consolidate the jobs under one banner.

But, with the TFC opportunity gone, Wilt’s focus remains on building soccer in middle America. And he isn’t fazed by news that the Puerto Rico Islanders will miss the spring session of the NASL split season in order to restructure, or that the New York Cosmos won’t be ready to enter the league into the fall season. Indianapolis will enter in 2014 along with D.C.’s Virginia suburbs and, of course, the Ottawa Sports and Entertainment Group’s entry. And Wilt feels the positives of NASL far outweigh the negatives.

“I feel the league is going strong. With any startup or restart, there will be some difficulties. But, overall, the league is in a very strong position, and I think a lot of that has to do with U.S. Soccer setting new standards, which means a lot more stable ownership, and that helps to only have a minimum number of teams you have to worry about. And when you get to eight teams, there’s less pressure on the maintenance of all the members and more focus on expansion.”

Those new guidelines force owners to post bonds of US$750,000 in order to prevent teams from collapsing mid-season, a problem which had plagued the lower divisions throughout the USL years. Edmonton fans will remember the Aviators’ ownership declaring bankruptcy halfway during the season, and even Puma recalling the jerseys due to non-payment. The team finished the year as league-owned Edmonton FC, and faded into nothingness.

And Wilt believes that NASL can still go to many other markets, as can MLS. To Wilt, the big turning point for soccer in America wasn’t the fact that it has succeeded in major markets with large immigrant populations: No, the sign that soccer is ready for the mainstream is its success in middle America, in places we traditionally think of as football, basketball or baseball towns.

“We always had the immigrant support,” said Wilt. “But the real turning point has been the number of youth soccer families that have increased their dedication to the sport. And that reach has moved outside of the major American cities and now we see large support in places like Salt Lake City, Kansas City and here in Indianapolis. These are not markets like Portland or Seattle; Indianapolis is not a city with lots of new immigrants like Philadelphia, or Washington or Boston, where the game has been established for a long time.”

What’s next for the team? Along with the local newspaper and a Ford dealership, the franchise is undertaking a name-the-team contest that will last over the next two months.

In the meantime, the new Indy franchise will keep selling tickets. And each ticket sold is proof of the viability of second-division soccer in North America.