July 05, 2022
9 New Articles
Home Canadian Premier League CanPL News and Notes Why Canada needs its own league: A perspective from a soccer parent 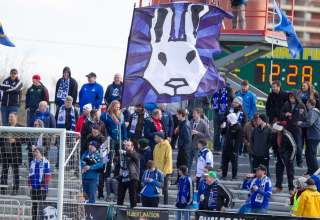 A parent of an elite-level player sent this to The11.ca, asking to remain anonymous. Its authenticity has been verified. This letter highlights the hopes this parent has for his soccer-playing child; and his frustrations with the current system — and how he feels it doesn’t offer a great amount of opportunity to Canadian players.

On Friday night, supporters will gather in Edmonton to salute FC Edmonton alumni and to rally support for the club. The group Yeg For CPL is rallying support in their quest to resurrect FCE, this time as a member of the Canadian Premier League. The CanPL will debut in 2019. This letter offers some insight to why the Canadian Premier League will be so important to soccer families in this country.

I have been watching, with great interest, the recent efforts of local soccer fans and FC Edmonton supporter-group members to try to rally interest and support in the community for an Edmonton team in the upcoming Canadian Premier Soccer League. Fans of the Beautiful Game are among the most passionate fans in all of sport, so the level of effort these folks are putting into their drive is of no surprise to me — but that does not make it any less admirable.

I too count myself as a fan of the game but, quite honestly, my interest in the game happened quite by accident. I never intended for it to work out that way but it did and I have no regrets. I love the game and I am not ashamed of that fact. Whew! There. I said it and it feels good to get it out there. Like many parents, my wife and I recognize the enormous benefits of organized sport for kids. Fitness, social skills, problem-solving, sportsmanship, self-esteem, the list goes on and on — and I don’t think many people would dispute it.

For our oldest son, the choice was soccer. It started when he was four years old. Back then it was just a couple of hours every weekend and it was fun to see all the little ones out there running around after the ball like a mob. As the years passed, my son’s passion for the game grew. That passion coupled with his hard work (and parents that were prepared to drive him  around the city four or five times a week for practice, training and games ) allowed him the opportunity to pursue playing at higher and higher levels. In his mid to late teens there were multiple trips to provincials and in his final year of youth soccer, and a trip to Nationals.

We were there for all of it and in the process became massive fans. Like I said, becoming a fan of the game just sort of snuck up on us. Then what? Well, there was an opportunity to play in university (soccer helped offset the cost), followed by a couple of seasons playing in the USL Premier Development League (PDL) which likes to bill itself as the “Path to Pro.” The small caveat here is “Path to Pro” really was meant for the American players attending NCAA schools. We had the privilege to watch many fine young Canadians playing for teams such at Calgary Foothills, TSS Rovers and Victoria Highlanders and, to my knowledge, not one of these Canadian players were invited to the MLS Combine to showcase their skills in the hopes of pursuing a professional career.

Meanwhile, the American teams from Seattle, Portland and Eugene, Ore. (who played in the same conference) had multiple players who earned and were given an opportunity to move into the professional game. This has much to do with the fact that in the MLS, Canadian players are treated as “imports” in spite of the fact there are three Canadian based teams in a league of 23 teams. For kids who have a genuine passion for the game and dream of an opportunity to someday play at a professional level, where does that leave them? Without a Canadian Professional League what chance do they have? If you want a good idea of where the opportunities are I would encourage you to check out the Canadian Player Pool maintained by Red Nation Online/Canucks Abroad.  If you take the time to have a quick look at this list you will see there are literally hundreds of Canadian players who dream of a future in professional soccer and have few options to do so other than leaving Canada. This is ridiculous.

Our son is one of the many players listed and is currently living in Europe. Although we recognize the value of the experience and are proud of him for the courage it took to take that leap of faith, we can’t help but think “why isn’t there an opportunity for him here at home?” Soccer is the most played youth team sport in Canada and yet we have no professional league for the kids who dream of playing professionally. What motivation or inspiration do these kids have?

For the parents out there who have children who love the game, this is your opportunity to help by supporting FC Edmonton. In 2015 we sat in Commonwealth Stadium along with over 50,000 soccer fans to watch the FIFA Women’s World Cup’s opening game. The fan base is obviously here, so why is it these same people cannot get behind an Edmonton team in a Canadian Professional League? I will be perfectly honest and say that I never attended an FC Edmonton NASL game. Why? Quite frankly it just didn’t resonate with me. What was lacking was a connection to local players and local rivalries. Those are the things that the CPL will offer and I can assure you, the idea of watching high-level soccer, showcasing the best young Canadian players playing for our city against other Canadian teams is exciting. If it becomes a reality, I will be attending regularly. For those of you that enjoy the game but, like me, just couldn’t quite connect to the NASL version of FC Edmonton, I would encourage you to think about a CPL FC Edmonton team from a different perspective. Canadian players, local rivalries, civic pride, whatever the motivation lets get behind this effort. That’s pretty much it for my rant.

I have nothing but respect and admiration for the commitment and effort of the Fath Group and all the people associated with FC Edmonton. The time and resources they put into trying to make FC Edmonton and the NASL viable is nothing short of remarkable. We let them down! If there is to be a revival of pro soccer here in Edmonton, it will be up to us as fans of the game to show our support and that means making a commitment now.