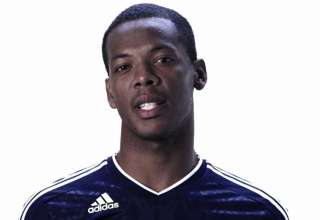 It’s a bit of a head-scratcher.

Facing a shortage of defenders, the Vancouver Whitecaps announced Monday night that they have recalled centre back Carlyle Mitchell from FC Edmonton. The recall term? Indefinite.

But, Mitchell didn’t make FC Edmonton’s road trip to Atlanta on Saturday because of injury. He hasn’t played since spraining his ankle on the Clarke Stadium turf in the 17th minute of the May 26 loss to Fort Lauderdale. So, his status isn’t a sure thing for a team that needs help with depth, and was playing defenders out of position in Saturday’s 3-2 loss to the Sounders.

Mitchell had played every minute of every NASL game for the Eddies until suffering the injury, which came when he simply caught his cleats in the old artificial surface at Clarke. That surface is due to be replaced at the end of the NASL season.

The recall will mean that FCE coach Colin Miller will likely have to pair either rookie Mallan Roberts, who was sent off in his last start, with veteran Albert Watson in the centre of defence, or go with Canadian Adrian LeRoy. What complicates matters is that central midfielder Chris Nurse is suspended for Sunday’s match at home to Carolina. That would mean that veteran Scottish player David Proctor might be used in that spot, and not in the backline.