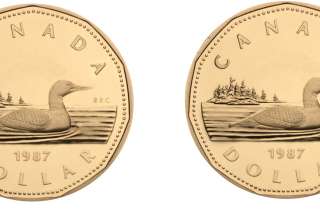 For some businesses — a weak Canadian dollar is a good thing.

Professional sports is definitely not one of them. The Canadian dollar flirted with the US 80-cent mark on Thursday. And, the currency plunge will soon be hurting the bottom lines of Canadian MLS and NASL teams.

MLS and NASL teams aren’t forthcoming about the terms of their contracts. But the MLS Players Union sheds some light on how the salaries are paid out. According to MLSPU Executive Director Bob Foose: “All contracts are calculated in U.S. Dollars, players can then choose to have them paid in either, or a combination.”

So, according to the union, it’s the player’s (or agent’s) call when it comes to determining if the cheques are paid in American or Canadian dollars. And, it’s hard to imagine a player not choosing to get paid in the more stable currency — the Yankee dollar. In the NHL, where there are seven teams out of 30 are Canadian, contracts are paid out in U.S. figures — including Canadian players on Canadian teams.

Toronto FC has confirmed that all MLS salaries are in US dollars.

The salaries we see published by the MLS Players Union are all in American dollars. So, if Toronto FC has Designated Player Michael Bradley on for an MLSPU-reported salary of $6.5 million, that’s American dollars. So, as of Thursday’s exchange rate, Bradley’s salary is now at nearly CDN$8.05 million, and going up (in Canadian currency) as the loonie plummets.

Try this as a comparison: At the start of the 2014 MLS season, the Canadian dollar was at 90.2 cents US. So, a year ago, Bradley’s contract was worth about $7.2 million in Canadian bucks. This year, it’s over $8 million. And that’s all because of the plunging dollar.

On the NASL level, both FC Edmonton and the Ottawa Fury have officially stated that the plunging dollar has yet to harm their businesses.

But, for all Canadian teams, it’s a dangerous combination — their ticket sales and majority of sponsorships are paid in Canadian dollars, which are dwindling in value. But their biggest expenses — player salaries — are “calculated” (I’m being careful to use Foose’s word, here) in American dollars. So, for each cent the loonie drops in value against the Canadian dollar, the disconnect between revenue and expenses widens. And even though the NASL teams are not saying much at the moment, it will eventually hurt them if the loonie remains this low — or drops even further.

Ian Clarke, the Chief Financial Officer of Maple Leaf Sports and Entertainment, put it this way when addressing TFC and the weak loonie.

“For our planning purposes, the goal is to have a level of certainty. With that, we can plan and move forward accordingly. Sometimes when we hedge we win and sometimes we don’t, but what we do have is certainty and peace of mind and we are able to plan accordingly.”

The loonie’s drop has been linked to the plummet in oil prices; but it was accelerated by the Bank of Canada’s to slash already-low interest rates. They are a direct reflection of how overly reliant Canada is on the fossil-fuel economy; and it’s amazing to see the domino effect that low oil prices can have on some Canadian businesses that are located time zones away from Fort McMurray.

Remember that in 1996, the National Hockey League launched the Currency Equalization Program to partially shield small-market Canadians teams from the hardship of currency disparity. At that time, the loonie was at around 74-75 cents American. But it’s worth noting that the NHL did not have a salary cap at the time; and asking the Oilers, Flames and Senators to compete with the likes of the free-spending Rangers and Flyers — with a Canadian dollar that was weak — was too big an ask. Remember, the low dollar was a contributing factor in the near-relocations of the Oilers and Flames. The Winnipeg Jets had just moved to Phoenix, and NHL Commissioner Gary Bettman said a major reason that the team had to move was because no new local suitors had appeared to keep the team in Manitoba. And, with the dollar where it was in 1996, and player salaries on an upward trend, it’s hard to argue that coming forward to save the Jets would have been anything but a bad investment. When the Atlanta Thrashers relocated to Winnipeg in 2011, the Canadian dollar was trading above par. That’s massive difference from the economic picture of the mid-1990s.

In 1998, the governors of the Canadian NHL teams appeared before parliament to discuss the challenges of operating in a North American league — and to explain the issues posed by a weak Canadian buck.

According to then-Senators governor Rod Bryden, the formula was a deadly one.

“Like the technology corporations, we must compete for our talent from and with the best in the world. We must compete for the spending of our ticket buyers and our advertisers against mainly U.S.-produced alternatives. Unlike our friends in the technology industries, we pay 80 per cent of our expenses in U.S. dollars and we receive 80 per cent of our revenues in Canadian dollars. That’s the inverse of a typical technology company.”

Unlike the NHL of the 1990s, MLS of 2015 does have a strict salary cap, and players can’t move as freely as they did — and still do — in the NHL. MLS players have said that free agency will be the big hill of the Collective Bargaining Agreement battle — the MLS CBA expires on Jan. 31 — but it’s still unlikely to see MLS come close to the spending of any of the other major American sports leagues. But, the fact is, for every cent the dollar drops, the expenses of the three Canadian MLS teams rise. And it’s not like they can go back to fans and say “whoops, we based our season-ticket prices on an 85-cent dollar, not a 75-cent dollar, so you’ll all need to cough up an extra 10 per cent on those seats.”

As the dollar slides, the American teams gain a competitive advantage over the Canadian clubs. MLS has long touted the “competitive balance” as being one of the key reasons it has certain rules in place — such as allowing Americans to be treated as domestics on Canadian teams. But the biggest saboteur to competitive balance could be the currency issue.

READ MY PIECE IN ALBERTA VENTURE ON THE ECONOMICS OF FC EDMONTON: (CLICK HERE)