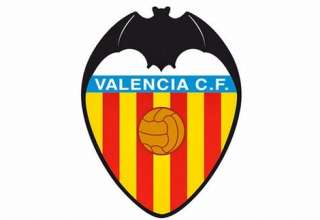 A press conference has been scheduled for Tuesday morning in Regina, where it is expected that a friendly featuring Spanish side Valencia and a North American team (odds are on the New York Cosmos, as the July break in the NASL schedule offers a window for a team from that league to make the trip) will be announced.

The game will take place in July at Mosaic Stadium, and the rumours of this Valencia trip have been making the rounds in soccer circles across the prairies for the last couple of months.

Seeing Valencia playing in the heart of the Canadian prairies? Let’s see any other of the umpteen soccer friendlies that are going to be announced match this in terms of surrealism.

But, on a more serious note, this game is a major test for Regina (and greater Saskatchewan). This will act as a great measuring stick, to gauge the interest for pro soccer in the Saskatchewan capital. This is a Canadian Premier League test, people.

If Valencia can draw, if it can bring in fans from across the prairies (kinda like a Roughriders game does), then there is a case to be made that pro soccer can work here. But, if this goes south, this is gonna be the soccer version of the Fyre Festival.

Personally, I can’t wait to see this. Because of the setting, I have never looked forward to any European team coming to North America for a friendly more than this. I mean, would you rather watch the MLS All Stars play some Euro giant in a large U.S. city, or see a La Liga side make Regina its home base? I mean, it’s no contest, really. Spanish team in Saskatchewan, I mean, that sounds like a pilot for a CBC series, right? I see you, Paul Gross!

And if the Northern Pikes aren’t playing the national anthem, I’m gonna be ticked off.