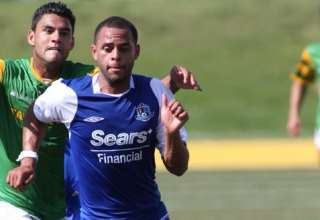 Three Eddies have been called into the men’s national Olympic team.

Midfielder Shaun Saiko, forward/winger Kyle Porter and newly signed goalkeeper Michal Misiewicz all got calls from the Canadian Soccer Association’s Morgan Quarry. The FC Edmonton trio will take part in a training camp in mid-March, with a shot to make the national U-23 team that will play in the CONCACAF men’s Olympic tournament. That tourney kicks off in Nasvhville March 22.

Porter was on a torrid scoring pace through the first half of the 2011 NASL season. Saiko had an outstanding campaign, in which he was named to the league’s season-ending Best XI. Misiewicz just arrived on the FC Edmonton scene, but had been the keeper at Polish side Polonia Bytom.

“It’s an honour to get a call from my country on a day like today, my birthday, because it’s another opportunity to play at a high level while wearing the red and white,” Porter said in a statement issued by FCE. “It’s one of the best presents I can ask for because it’s a chance to live a dream, a chance to make it to the Olympics!”

“It’s been a while since my last call up and that kind of bothered me but obviously I played well last season so this means a lot. It’s a proud moment that’s for sure,” Saiko said. “It’s nice that people know about FC Edmonton now and that goes to show that we doing things right.”