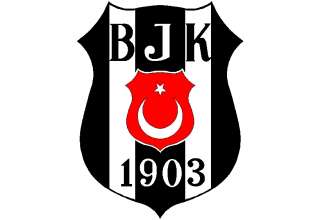 It’s official in the eyes of the court — the team that’s home to Canadian Atiba Hutchinson is a bunch of cheats.

Yes, those are harsh words. Those are cruel words. But when it comes to match-fixing, we need to be harsh and cruel. Besiktas is a team of cheats. Say it again.

On Friday, the Court of Arbitration for Sport rejected Besiktas’s appeal of UEFA’s decision to ban it from the 2013-14 Europa League because of the team’s role in a Turkish match-fixing scandal. Because UEFA had to respect the appeal process, it allowed Besiktas to play in the Europa League playoffs, and the Istanbul side eliminated Tromso with a 2-0 win at home on Thursday.

But Hutchinson, who played 90 minutes in that Tromso match, and his teammates had less that 24 hours to celebrate before learning that the CAS had rejected the club’s appeal. Now, Besiktas’s ban from European competition can begin.

“The Court of Arbitration for Sport (CAS) has today dismissed the appeal filed by Besiktas JK against the decision taken by UEFA to exclude it from the European Europa League 2013/2014. Due to the urgency of the matter, the CAS Panel has issued its decision without the grounds. The full, reasoned award will be issued as soon as possible.

“UEFA excluded Besiktas JK from the current edition of the Europa League because of match-fixing. The Turkish club appealed such decision to the CAS. In agreement with the parties, the CAS set a timetable for an accelerated procedure and granted the stay of the UEFA decision, allowing Besiktas JK to participate in the current edition of the Europa League. The parties were heard at a hearing at the CAS on 20 August 2013

“Pursuant to the UEFA decision, which is now confirmed by the CAS, Besiktas JK is excluded from the UEFA Europa League 2013/14.”

Hutchinson wasn’t part of the club when it was fingered in a match-fixing scandal that also included Fenerbahce. (On Wednesday, the CAS upheld UEFA’s decision to ban Fenerbahce from Europe for the next two years.) He was in the midst of an excellent run of form at PSV Eindhoven. But, in 2013, he made the decision to go sign with a club that was in the midst of a match-fixing scandal. Now, he must acknowledge that the jersey he wears bears the colours of shame: He now sleeps in the bed that he made.

As well, the ruling also makes it difficult for us to follow Hutchinson’s career in Turkey. Until the game is cleaned up, Turkish football equals pro wrestling when it comes to credibility. A Besiktas win should be viewed with the same suspicion as Hulk Hogan rising from the mat to beat Terry Funk for the belt. Turkish football, at the moment, isn’t real.

These are harsh words. Besiktas offered Hutchinson the best payday out of his options over the summer. He’s at the stage in his career where he needed to go for the one last big paycheque. But, the road he chose is filled with scandal and shame.