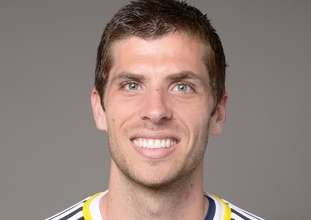 Tally Hall didn't have much to do in win over TFC.

It was the last league game for Toronto FC ahead of the July 15 opening of the transfer window. It was the last game before Designated Players Torsten Frings and Danny Koevermans displace two players in the starting XI.

Coming off a 5-0 loss to the New York Red Bulls, Saturday’s match at Houston offered the TFC players who are on the bubble — and, you have to figure there are more than a few of those — their last chances to show coach and technical director Aron Winter that they still merit starting places a week and a half from now.

Well, how did Toronto FC respond? Houston Dynamo keeper Tally Hall is one of the best young keepers in the game, but this was maybe the easiest clean sheet of his young career.

Hall didn’t have to stop a shot as Houston won 2-0.

You or I could have played in goal and got the clean sheet. Hall could have grabbed a beer and joined the fans in the Texian Army in the stands.

Really, the only fascinating thing to watch for the Toronto FC fan was the physical battle between Reds’ central striker Alan Gordon — one of the candidates to lose his job when Koevermans comes in — and Canadian defender Andrew Hainault. It was Hainault’s job to manhandle Gordon at every opportunity; it was an ugly job, but the Dynamo’s big man in the middle of the defence did well to knock down and/or harry Gordon at every turn.

Ironically, the Dynamo’s opening goal, just minutes into the second half, came on the counter after Hainault had sent Gordon to the grass after what referee Hilario Grajeda determined was a fair shoulder-to-shoulder challenge. Gordon went down in the penalty area, but got the the universal palms-up “get up” signal from Grajeda as Danny Cruz dashed down the left wing, leaving fullback Danleigh Borman in his wake.

Borman was yanked from the game in favour of Gianluca Zavarise after the goal.

TFC keeper Stefan Frei came out to challenge Cruz and got a piece of the shot, but the ball still found the corner.

The Dynamo enjoyed the lion’s share of the possession, a hair more than 60 per cent, and TFC struggled to gain any kind of foothold in the game. It was clear that TFC’s strategy was to simply disrupt the opponent, to be reactive rather than proactive. Or, in other words, Prekiball. The formation might be different, but the raison d’etre of TFC’s game looked awfully similar to what it looked like 365 days ago.

Frei made two back-to-back candidates for Save of the Week later in the second half, first stopping Will Bruin on a clear breakaway, then stretching to rob Colin Clark, tipping the midfielder’s effort just over the bar.

But, on the ensuing corner, a low drive that caused havoc in the penalty area, Geoff Cameron was left wide open to slam home the insurance goal in the 81st minute.

And, TFC won’t have the services of defender Richard Eckersley, who will be suspended for the July 20 match against FC Dallas for yellow-card accumulation. His failed attempt to grab Cruz earned him the yellow that pushed him over the limit.

At moments like that, you have to wonder what Frings and Koevermans were thinking as they watched the last two TFC matches in which the Reds were badly overmatched and outscored 7-0. Are they champing at the bit to get into the lineup, or wondering what the hell they’ve gotten themselves into?