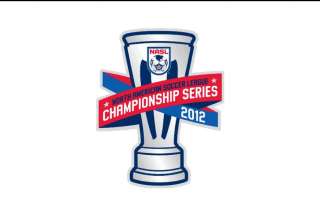 With a two-goal lead after the first leg of the NASL Championship, the Minnesota Stars’ grip on the Soccer Bowl has tightened. Now, the team that entered as the No. 6 seed is the odds-on favourite to repeat as North America’s Div. 2 champion.

The scenes from Blaine, Minn. were amazing — after Martin Nunez scored to make it 2-0 deep into stoppage time, scores of fans came over the advertising boards to mob the Stars on the field. The insurance goal could be precious.

It was a wild end to a compelling match — and if not for the goaltending clinics put on by Stars keeper Matt Van Oekel and Jeff Attinella, his Rowdies counterpart, we could have seen a 4-3 or 5-4 scoreline.

Now, the Stars will go into the second leg of the 2012 championship series much like they did the 2011 edition. A year ago, the Stars had a 3-1 lead over Fort Lauderdale after the first leg — then went to south Florida for the second game and defended like dogs. The second game was an unwatchable affair, save for the Stars’ supporters.

Needless to say, the Dark Clouds and the other Minnesota soccer supporters would be just fine with another ugly 0-0 second leg in 2012 — though it would be further proof why two-legged finals are so much less exciting than one-match finales (do you hear us, Amway Canadian Championship?).

Of course, with next year’s new NASL schedule, there will be no more two-legged championships in Div. 2.

The Rowdies dominated the first half, and deserved to have the lead. But Van Oekel made save after save — and the visitors, especially big forward Shane Hill — could only shrug their shoulders after the first 45 ended with no goals for either side.

Attinella was then called into action as the Stars dominated the second half, imposing their size and strength on the game. Midfielder Jamie Watson, brought in on loan from Orlando City, terrorized the Tampa Bay defenders with the ball at his feet.

Attinella’s best work came on a fantastic double save, stopping both Miguel Ibarra and Watson in the same sequence. The saves came right after Rowdies defender Daniel Scott blocked Simone Bracalello’s effort from giving the Stars the lead. Again, that was set up by a Watson run.

But Minnesota got the lead after Bracalello set up Amani Walker, whose spectacular finish gave Attinella no chance to play the hero. The twin towers of the Minnesota attack — a duo that has plagued FC Edmonton over two years — got the Stars the lead.

Nunez’s late goal then gave the Stars the exact same two-goal cushion they enjoyed at this time last year.

And, well, you couldn’t blame Manny Lagos for playing 10 men behind the ball next weekend.