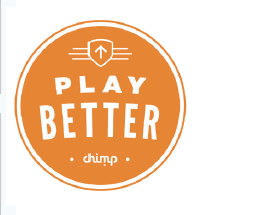 By allowing kids to be rewarded for achieving skill-based goals, can the Play Better program not only boost long-term player development, but help keep our youth teams in the black?

It’s that time of year when your soccer club has to raise money. You’re given a box of chocolate bars to sell from door-to-door, and you hope your mom and dad can pass off a few dozen at their offices. Or maybe you have raffle or pull-to-win tickets, and you take them around the block, knowing that the team member who sells the most tickets will win a prize.

But there’s a problem. Everyone else is selling raffle tickets and chocolate bars and magazine subscriptions, too. The market is flooded. Mr. Smith who lives down the street tells you that you’re the fourth kid ton ring his doorbell this week. He’s already given enough, he says.

And all of this effort goes to help fund a team that has a coach who has learned his tactics from watching Nottingham Forest videos from the late 70s; and believes that because he knows to pronounce it “Cluff” and not “Clow,” he can be the minor-soccer version of the Special One.

You thump the ball down the field. The coach’s son gets to play centre forward. You lose, you get yelled at. And then you’re told to take those darn raffle tickets or chocolate bars out, and you’d better sell them.

This is what minor soccer is like for too many Canadian kids; you scramble to help raise funds for a team that doesn’t put skill development as its top priority.

Will Cromack, a former Vancouver 86er and a coach with the North Vancouver Football Club, wants to change that. Cromack is also a professional f… (wait a sec. He hates the “fundraiser” word. That’s a something- for-nothing word.)

OK, Cromack has a history working with charities, to find inventive ways to get people excited about giving for the greater good.

And his Play Better campaign is starting to gain traction. It’s being embraced by clubs in the Vancouver area, such as his North Vancouver Falcons and the Violet Vipers U15 girls program. He’s fielded interest from clubs across Canada, from Halifax to Toronto, including Toronto High Park SC.

How does it work? A club identifies technical goals — not wins or losses.

For example, if a team completes 200 passes in a session or a game, it qualifies for a reward. A parent then rewards the team by tossing a loonie or two in the kitty. And the players identify a charitable cause; the Falcons’ U11 kids raise money for cancer research, or the Vipers raise funds for anti-bullying campaigns. The money the kids earn by meeting their technical goals go to charity.

It offers the kids a sense of community, and helps coaches develop their teams. And, Cromack feels it puts the leather-lunged pushy parents in their place.

We know that only a fraction of the kids playing youth soccer will move on to elite levels. What parents want is their kids to develop skills and learn about the importance of working with a team to reach a goal.

Is there any better social-studies assignment than having kids work together to do something good for their community, while developing their skills in a sport that they love?

Kids can identify more than one charity. And, heck, they can earn money for their own soccer programs. And, really, this is a system that could bring an end to the fundraising scramble.

“If 10,000 teams are playing soccer better, and they’re all raising $1,000 each, that’s $10 million, “says Cromack. “If half of that goes back to grassroots programs, that creates more bubbles. More chances for players who wouldn’t be able to afford to play, more coaching programs.”

If your son or daughter beats a personal best for juggling, and you put in a couple of bucks as a reward, you don’t see it any different than buying your child a post-game treat.

Think of it this way; if you ask someone to spend $1,000 in one shot on a year’s supply of coffee, that person would likely balk at the prospect. But, if you ask that same person to spend two or three bucks on coffee per day, you’d likely get a nod in return. Guess what? Over the course of a year, two or three bucks a day works out to be something in the neighbourhood of a grand.

So, the kids can improve their skills while parents and other supporters chip in a buck or two each when the players hit their targets. The kids feel empowered because their on-field improvement is making a difference; and parents aren’t blitzed at fundraising time.

It’s really a matter of how you phrase the question. If teams stop with the once-a-season all-or-nothing fundraising drives, and replaced them with goal-oriented rewards, they could likely see more money in the end.

If a parent is asked to chip in a dollar or two because the team completed 200 passes, the money is a bit of an afterthought. But, over the course of a season, it adds up.

“We have to think about new ways to keep our teams running,” says Cromack. “Because if people think we’re going to get more money from government, they’re mistaken. But Canada is a volunteer nation. We’re fit, we’re strong and we are the most charitable nation on the planet per capita.”