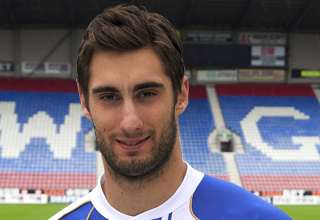 At 26, Piscu offers the Impact some depth on a back line filled with thirtysomethings that has shown wear and tear over its current five-game winless streak. With CONCACAF Champions League commitments on the horizon, the Impact needs to have more bodies on hand.

Piscu came up through the Deportivo La Coruna system, but has been with Wigan Athletic since the 2010-11 season.

His playing time at Wigan did not amount to a whole lot; he made three Premiership starts and two more sub appearances. In Wigan’s Cinderella run to the FA Cup title, he made just one appearance; he came in as a sub in a fourth-round triumph over Macclesfield Town.

“We are very excited to have acquired Adrian, who played in top leagues like England and Spain,” said Impact sporting director Nick De Santis in a release issued by the club. “Lopez Rodriguez is at a very good age and is very motivated to join the club. He will be an important part of our defensive line now, but also for the future. We have a good group so it was not an easy decision to add players but the personalities of López and (Hernan) Bernardello give us that chance as they will both fit in well.”