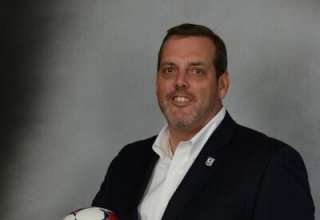 The North American Soccer League has advertised itself as a place where owners — not the league office — control the destinies of their teams. And that laissez-faire, free-market attitude also extends to how NASL views the possibility of a Canadian professional league.

As officials work behind the scenes to create a new Canadian professional “Division 1A,” the NASL has seen rumours of expansion north of the border come to a standstill and speculation about the future of both FC Edmonton and the Ottawa Fury.

FC Edmonton has been clear in stating it is not interested in leaving the NASL for a Canadian league.

But, if those teams chose to go, Peterson said the NASL would not put roadblocks in their way.

He said if one or both of the current Canadian NASL clubs chose to leave for the Canadian pro league, “we’d wish them well and keep moving on.”

In terms of investors north of the border looking at the potential of NASL expansion bids, Peterson said the talk about a new Canadian league has had an effect.

“It (Canadian League talk) has people pausing to see what’s the future for professional soccer in Canada.”

He said the NASL would say more about a Canadian League if, well, it happens. Right now, he said the NASL is like a lot of the people reading this article; hanging on speculation and rumours and not really sure where everything is going.

“We’re in the same boat; we’re curious to see what comes forward… There’s a lot of discussion, not a lot of direction.”

But, at face value, it looks as though NASL will not put up a fight if the Canadian teams choose to leave for a new national league. And that’s a fairly major concession; Peterson said the league wants to do what’s best for the Canadian Soccer Association, and considers the CSA a great partner.

In the past, CSA President Victor Montagliani has stated that the Division 1A plan would not force existing MLS or NASL teams to abandon their leagues for a Canadian circuit.