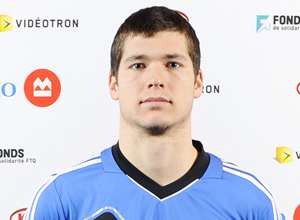 When Canadian defender Karl Ouimette steps onto the field as a member of the Jacksonville Armada, he’ll complete a rare feat. He will have played in MLS, NASL and USL all in the same season.

And he said that, until I asked him about it on Tuesday, he hadn’t thought about it at all.

“Playing in all three leagues? It hadn’t crossed my mind,” said Ouimette, who was loaned out by the New York Red Bulls to the NASL’s Armada. “As a player you always want to focus on what’s ahead —and you don’t worry about what’s behind you.”

Ouimette arrived in Jacksonville last Monday; a week before the Red Bulls brass told him that they wanted him to go to the NASL. Ouimette had started the season getting regular minutes for the Red Bulls, but was later sent down to the USL where became the infamous victim of a kick to the back from Pittsburgh’s Romeo Parkes. Right after the incident, the Riverhounds released Parkes — even before USL suspended the player for the rest of the 2016 season.

Ouimette said he has no lasting ill effects from that kick to be back — and he’s simply itching to play.

“The goal for a soccer player is to get in the most games possible,” he said. “That was not going to happen at the Red Bulls because of the number of players at centre back.”

Jacksonville finished 10th out of 11 teams in the NASL spring season, 11 points behind the champion, Indy Eleven. But Ouimette thinks the Armada will be better in the fall season.

“For sure, there’s a lot of quality. We have made a couple of new signings, so we just need to be on the same page. But it’s going to be interesting going forward; I think we will get stronger as the season progresses.”

Ouimette has played 38 MLS games since 2012 with the Montreal Impact and the Red Bulls. And he said the topic of the NASL has come up with some fellow members of the Canadian national team who have also moved to the league over the past couple of seasons. National team regulars Julian de Guzman and Nik Ledgerwood have successfully made the moves to NASL without hurting their prospects with Canada coach Benito Floro. And Marcel de Jong spent the spring campaign with the Ottawa Fury.

And Canadian Nana Attakora earned accolades for his work with the Fort Lauderdale Strikers.

Ouimette said he’s heard positive reports about the NASL from the likes of Ledgerwood and de Guzman; he feels that he “knows about the league.” But knowing about and understanding the league are two different things.

“You have to be playing games to know what the league is about.”

And, if he’s playing regularly, Ouimette will be better prepared for Canada’s huge Sept. 2 World Cup qualifier in Honduras. Canada and Honduras both have four points from four games in their CONCACAF group; but Honduras’s goal difference is three better than Canada’s. Each are fighting to join Mexico in the Hex.

Canada will go to Honduras and then hosts El Salvador. The Hondurans go to Mexico after hosting Canada.

“We know that going down to Honduras will be a hostile environment,” said Ouimette. “But if we play the system as we’ve discussed, I think we can go down there and get a draw; a draw would be a very good result for the team.”

If they draw with Honduras, Canada will know that beating El Salvador in Vancouver will be enough, as long as Honduras doesn’t pull off a shock win in Mexico. If Honduras loses to Mexico, Canada can draw with El Salvador and get through — provided the Canadians get at least a draw in Honduras.