January 22, 2022
9 New Articles
Home MLS More MLS Official: Attakora back with the Quakes: But, he joins a very crowded back line 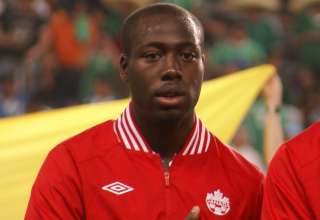 Nana Attakora is back in Major League Soccer.

The San Jose Earthquakes announced that the club has officially repatriated the player to the league, signing him to a new contract. Toronto FC sent Attakora to the Quakes in 2011; he didn’t come back to MLS in 2012, but San Jose held his rights. Attakora played part of the Finnish League season with FC Haka after turning down a chance to sign with German Bundesliga 2. side Union Berlin.

But, Attakora is officially back with San Jose, even though it was clear for months that this was what he wanted.

What isn’t clear, though, is what this means in terms of playing time for the Canadian. The Earthquakes press release stressed that Attakora is the ninth defender signed to the roster, and first-round SuperDraft pick Tommy Muller is still in the mix. Attakora is the fourth centre back on the roster.

And the word “depth” appeared in coach Frank Yallop’s comments about the player.

“We’re happy to have Nana back to add some depth to our center backs. We never wanted to see him go, but he looked sharp during his stint in Europe and we look forward to having him in an Earthquakes jersey once again,” he was quoted on the Earthquakes website.

As well, for any player, breaking into a Supporters’ Shield-winning side will be more difficult than finding a regular spot on a team that finished down in the standings and has more holes in its lineup that need filling.