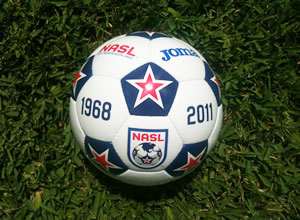 In the wake of the Europoli investigation, which has fingered 680 matches — including World Cup qualifiers and Champions League matches — as potentially being fixed, the topic of gambling and soccer is back in the limelight.

Of course, in Canada, with the ongoing saga with the Canadian Soccer League —which a German court heard was home to a 2009 fixed match between the Trois-Rivieres Attak and Toronto Croatia — the topic of match-fixing hasn’t really gone away. This much is for certain: Any country which has semi-pro or lower-tier pro leagues where the average wage will pay less than a decent office job, and where referees work part-time or on paid-per-game basis, will be ripe for match fixers.

The 11 asked the North American Soccer League — the recognized Division 2 in Canada and the United States — for its policy on match-fixing — and how to prevent it. The NASL is home to FC Edmonton and the incoming Ottawa expansion franchise, set to enter the league in 2014.

We received the following statement:

“The foundation of every sport is fair play and every sports organization has a duty to provide an honest and level playing field at all times. We are aware of the threat posed by unscrupulous groups and individuals and will work to combat any such threats in our area of the sport.

“All players, coaches and staff will receive clear guidance regarding such matters and will be reminded regularly of their responsibilities as sports professionals and of the potential for outside forces to attempt to take advantage of their privileged position.

“The NASL will react aggressively and coordinate with all appropriate authorities action as it relates to match fixing with the appropriate governing bodies and law-enforcement agencies.”