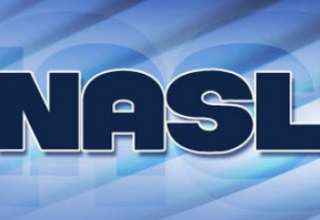 Just weeks ago, NASL Commissioner David Downs was in Edmonton. He was here to help FC Edmonton owner Tom Fath pitch the concept of a new soccer stadium to city fathers and the Alberta government.

Downs talked about how bullish he was over the New York Cosmos’ entry into the league in 2013. He talked about two new league members who would be announced at late October’s Board of Governors’ meeting.

NASL announced Thursday on its website that Downs will be retiring at the end of the 2012 season, and the search for a new commissioner is underway.

“I’m so proud of what the NASL has accomplished in just its first two seasons and am confident that this league has a great future in the North American soccer landscape,” said Downs in a release issued by the league. “Soccer continues to grow as a participant and spectator sport here, and the NASL is perfectly poised to deliver entertainment for our fans, while serving to boost the sport’s reach across the continent and offer professional soccer players a chance to showcase their considerable skills.”

“We are working with Odgers on a thorough search to identify qualified candidates domestically and internationally,” said B of G chairman Aaron Davidson (Fort Lauderdale Strikers) in the statement issued by NASL. “Our new commissioner will be someone who will build on our history and recent success as we look to continue our role in growing the sport in North America. We are committed to finding the right candidate to serve as our new commissioner and will complete the search as expeditiously as possible.”

If NASL is to keep on its rapid-expansion plan — Ottawa is slated to join in 2014 — it will need a dynamic figure at the head of the league. Downs, who worked on the U.S. World Cup bid and had extensive broadcasting experience, fit that bill. Now. NASL needs someone who will be in for the long haul — or else the credibility of the league’s HQ will take a hit.

Downs made no bones that NASL was an alternative to MLS — that it existed to serve markets other than MLS cities. He asserted that NASL was fine with its role as a second-division. But, with the addition of the New York Cosmos — and the league’s rapid expansion — you wonder if a new boss will want to steer the league more towards the path of competing with MLS.