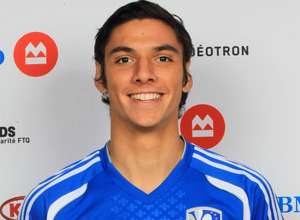 Zarek Valentin is exchanging the European feel of Montreal for, well, Europe.

The Montreal Impact announced Tuesday that it is finalizing a deal that will send the American fullback on a year-long loan to FK Bodo/Glimt, which plays in Norway’s second division.

Valentin has really seen his stock diminish over the past two-plus MLS seasons. In 2011, he was the No. 4 overall pick, and then went on to play in 25 games for Chivas USA. The Goats’ decision to not protect Valentin in the Expansion Draft came as a shock — and the Impact looked to have a steal of a deal when it selected the former Generation Adidas player.

Valentin played in 15 games last season, but didn’t play much later in the year. His playing time dwindled. And he hasn’t seen the field yet in 2013, and he’s been passed on the depth chart by players from the Impact Academy.

Last year, Montreal loaned out midfielders Miguel Montano (Deportivo Cali) and Bryan Arguez (FC Edmonton). Neither returned to the team’s MLS roster, though Arguez did take part in the club’s post-season tour of Italy before being released.

Valentin’s plummet is proof that the MLS SuperDraft is still a crapshoot. In other team sports, a player taken at No. 4 and being out of the league two years later would be a big deal. But in MLS, we shrug. At the NCAA level, it’s so difficult to find the gems, simply because the collegiate game is so difficult to handicap.