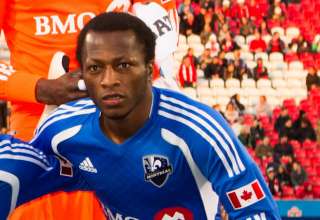 The MLS Disciplinary Committee has ruled that the Impact forward was cheating when he went down on the edge of the box under a challenge from Chivas defender Mario de Luna, which resulted in Patrice Bernier’s game-tying penalty kick.

The game finished 1-1, with the penalty helping the Impact salvage a draw at home.

According to MLS, “The Committee unanimously determined that Nyassi initially feigned contact by collapsing before the challenge from Chivas USA defender Mario De Luna, resulting in the awarding of a penalty kick.”

Here is the video: