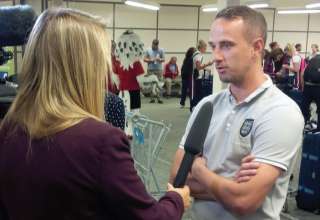 The English national team brought Canada’s run at the Women’s World Cup to an end; the Lionesses beat the home side 2-1 in their quarterfinal match-up at BC Place. There’s a reason that England has passed us in women’s soccer — it’s a strong, professional, domestic league

In 2010, the Women’s Super League was born, an attempt to professionalize the women’s game in England.

Five years later, the English advanced to the Women’s World Cup semifinal. On the way, they knocked out the Canadians.

The tournament hosts still don’t have their own fully professional domestic league; instead, the Canadian Soccer Association can subsidize up to 16 players to go the American NWSL. But, in 2013 and 2014, Canada did not use its full allocation.

So, the team that has a rising domestic league beat a country that doesn’t have its own circuit. Funny, that.

Mark Sampson, head coach of the English women’s team, spoke about how vital the rise of the WSL has been to the success of his Lionesses. At the Women’s World Cup, 22 of the 23 players on the English roster came from WSL clubs. The odd one out was striker Jodie Taylor, who plays with the Portland Thorns of the NWSL.

“We’re a growing nation in women’s football, aren’t we?” Sampson said. “A domestic competition is crucial in any nation that wants to be successful. Look at the Germans at the moment, consistently in the final of the Champions League, winning that tournament, playing in front of big crowds, big matches week in, week out. Clearly, the American league is very strong, with all that world-class talent over there. And the Scandinavian leagues are very strong and they have been professional for a long, long time.

“But, we’ve made great progress, we can’t deny that. The interest around it; the quality of the competition. I’ve been involved in it for three years, we’ve certainly seen the huge improvement. But we’ve got a long way to go, it’s been a long time since an English team has won a Champions League.”

When you build a path, you create ambition. England is paving the way, while Canada is still trying to figure out which direction its path should take.

Is it really a surprise that England beat us?