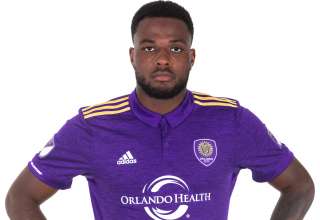 The Canadian national-team forward and Orlando City star was arrested earlier Thursday morning. He was charged by Orlando Police for driving under the influence, after allegedly having a blood alcohol level of .179.

Of course, a person is innocent until proven guilty (that’s why we in the media are careful to use words like “charged” and “alleged” when describing a potential crime that has yet to be heard in court). But, to be picked up by the cops and to be processed in jail — well, that’s no doubt a bad look for a man who, just on Tuesday, played in Canada’s 2-1 win over Curacao.

As well, while there was no chance that Larin was going to play Wednesday for Orlando City a night after he was in a Canada jersey, the optics are still pretty terrible that he got arrested just a few hours after his team was humiliated 3-1 by the NASL’s Miami FC in U.S. Open Cup competition.

The next call will belong to MLS; while Larin has not been convicted, the league will want to get ahead of this and issue some kind of punishment to the player. Suspension? Will he be placed in a treatment program? (UPDATE: MLS has now confirmed that Larin will enter the Substance Abuse and Behavioral Health program for assessment; until he completes that, he is not eligible to play for Orlando City.)

And, while it would be a stretch to assume that this would hurt his work status in the United States (we remember that former NHL star Dany Heatley was convicted after a crash that killed one of his Atlanta Thrashers teammates, and continued to play after the legal matter was cleared up), it’s even stickier for a foreign national to be charged with a crime in the United States than it is a citizen of that country.