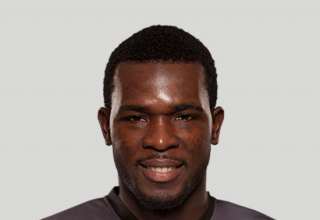 The sight of Lance Laing galloping up and down the left wing at Clarke Field is not an unfamiliar one.

But, doing it in the charcoal grey jersey of Minnesota United — that’s still going to take some getting used to.

Minnesota’s 2-0 win over FC Edmonton was bittersweet for Laing. The Jamaican international and two-time winner of the Edmonton supporters’ MVP award, decided to move to the Loons in the off-season.

In Laing’s own words, this is home he felt about his Edmonton homecoming:

On the anticipation: “I got up every day — since last Saturday’s game after we lost versus Carolina — thinking about this game. Every single day. I didn’t sleep much. I’ve probably got six hours sleep every day since last week. To get this one out of the way, I’m very happy, especially with a victory.”

On stepping back on the Clarke turf. “I tried to not cry, but it was pretty emotional for me. Obviously I felt a little bit away, before the start of the game I greeted everyone. But, within my heart I know I left something special behind, a good group of lads, good coaching staff. But, overall, I was really emotional for this game. It’s out the way know and I am wishing them (FCE) good luck for the rest of the season.”

On Minnesota’s win: “We have a very good team and we know that once everyone starts clicking, as you can see today, it feels like things are falling into place. We know what we have to do. The coaches, they sent us out with instructions and we followed the game plan and today it came out perfect. It’s a good season, I think, especially for me. I’m going to be at the top on this team is going to be very good.”

On the supporters chanting “What a waste of money!” when he touched the ball: “I did (hear it). But it’s expected. I left them behind and, obvioiusly, they had me voted as MVP twice within two years. They’re obviously disappointed to see me go. But it’s part of the game. I’ve moved on and I have new teammates, a new family. That’s where my mind is right now — Minnesota United.”