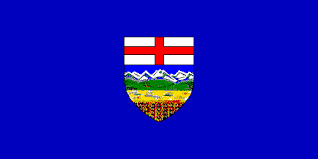 It is time for us to make a truly symbolic gesture about our uniqueness within the Canadian family. I’m not suggesting a widespread kudatah; I don’t want to see us declare our independence or have to go to the trouble of printing our own money. (Although the idea of carrying Lougheeds in your spare change rather than loonies does have a bit of appeal, doesn’t it?)

What we do need to have is our own “national” soccer team. I put “national” in quotes because, well, it would be only a sort-of national soccer team. There’s no way we’d be given FIFA’s blessing to compete as our own nation for World Cup qualifying.  But (and this is the big “but”) what we can do is ask CONCACAF, the fine people who oversee the North American, Central American and Caribbean zone, to make us a member “nation” in their little group.

You see, you don’t need to be a FIFA-recognized country to be a CONCACAF country. CONCACAF loves countries that aren’t countries. CONCACAF loves the sort-ofs and maybes of international soccer. If you’ve ever thought that the place where you live is sort of different from the rest of your home nation, but not that different, then maybe CONCACAF is for you.

So, even though Team Alberta (soon to terrify the soccer world as The Indomitable Pipelines) can’t dream of World Cup glory, we could try to qualify for the Gold Cup, CONCACAF’s regional tournament. It’s a continent-wide competition that’s held every two years. And, in the spirit of sharing that exists within the CONCACAF family, the tournament is always held in the United States.

Now, what do we do for players, you ask? If Alberta is still part of Canada, aren’t our best players going to play for Canada — except the ones who play for England or Bosnia-Herzegovina?

You see, we can use those players, even if CONCACAF tells us we can’t because it’s, well, against the rules. Have you ever watched a World Cup qualifier in CONCACAF? If you have, you know that the Laws of the Game are not so much “rules” as they are “loose suggestions.” CONCACAF is like a Fantasy Island for living in the margins. So, for 2019, we can load up Team Alberta with the likes of current Canadian national-teamers Alphonso Davies, Tosaint Ricketts and Nik Ledgerwood.  We could also get some up-and-comers like Allan Zebie and Amer Didic. But, we can also go global and pick up Asmir Begovic to play in goal for us. And Owen Hargreaves can come out of retirement to play for Team Alberta. We’ll tell everyone how important it is that Hargreaves play for us in the Gold Cup, because well, he’s a player the fans want to see.

CONCACAF can gently remind us that, well, we wouldn’t really be following the Gold Cup rules by playing Albertans who were tied to other national teams. But we’ll challenge that. And, if we lose the forfeit case, so what? You see, we’re not going to be making the trip to the Gold Cup to win, lose or draw; no, no no. We’re going to go there to make a political point. We want to let everyone know how important we are. There are still people out there who aren’t kept up at night, fearing a future where they’re freezing in the dark. Seeing the Indomitable Pipelines in action will fix all of that.

But, to play in the Gold Cup, we’ll need to qualify for the Gold Cup. How do we do that? Through the Caribbean Football Union.

You see, the CFU is like a sub-group within CONCACAF. And it sends its best teams to the Gold Cup.

But, what’s important to know is that the CFU is more a state of mind than a geographically structured group. If the CFU was a superhero, it would be Legion, sort of everywhere and nowhere at the same time.  The CFU has already got member “nations” (note the quotes) that are, well, located on the South American continent. But, because they have historical ties to the Caribbean, they compete in CONCACAF/CFU.

(Yes, I have thrown more initials at you than a full-day festival of ‘80s hardcore bands. Please be patient with me.)

So we will plead our case to the powers-that-be that Alberta has many historical ties to the Caribbean. I mean, how many of us piss off to the Caribbean Sea the second it gets cold enough that, when you breathe in, you feel the moisture that’s caught in your nose hairs start to freeze? How many times do you use the term “all-inclusive” in a Google search? To say we don’t have some kind of claim on CFU membership, well that’s preposterous.

If we dream it, we can do it. I don’t have a big dream. Truth be told, it’s kind of a mediocre dream. But it’s a dream nonetheless. Alberta in the Gold Cup! 2019! Somewhere in the United States!