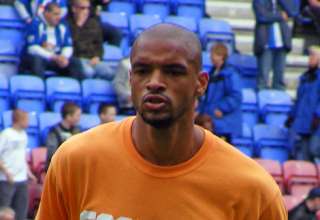 Once the medical is out of the way, Irish international and former Colorado Rapid Caleb Folan will begin his trial with FC Edmonton.

Folan is already in the Alberta capital, and is expected to commence training with the Eddies on Wednesday.

Folan made 26 appearances for the Rapids, scoring six times, in the 2011 season. He’s made a number of stops in English league football, which has included stints at Chesterfield, Wigan Athletic, Hull City and Bradford City.

The striker has also appeared in World Cup qualifiers for the Republic of Ireland.

FC Edmonton coach Colin Miller pledged to bring in more trialists — all of them attacking players — as training camp went on. With former Atlanta Silverback Horace James still in camp, and Folan in the fold, Miller has a couple of possibilities to ponder.