February 03, 2023
9 New Articles
Home Global Game Europe Hoilett finally commits to Canada: But can he be the player he once was? 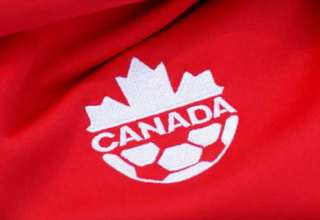 The wait is finally over. Junior Hoilett will play for Canada, ending a will-he-or-won’t-he saga that has lasted more than five years.

Stephen Hart, Colin Miller and, now, current national-team coach Benito Floro had to get used to dealing with regular “so what about Hoilett?” calls during their media availabilities. Now, with confirmation that the Brampton, Ont. native has finally made the commitment to wear the red jersey — at least for the upcoming friendly against Ghana — the Canadian Soccer Association treated the news as if the national team was a club side that had just made a major signing. The Canada Soccer account teased it on Twitter, with a video of Hoilett in a Canada jersey, face blurred. And then Canada Soccer’s PR department actually scheduled the big announcement. You have to understand, we’re used to the it-comes-when-it-comes method when it comes to releasing Canadians rosters for friendlies. Scheduling a big announcement almost doesn’t feel, well, Canadian.

But, before we immediately slot Hoilett into the starting XI, some sober second thought. Right now, he’d be yet another Canadian player who might actually be seeing more minutes playing for the national team than he does for his club side. This has been a pattern for Canadian players — they get called in to the national team, even though they sit on benches or play on reserve squads.

There’s no doubt that, in the past, Hoilett has been a key part of the Blackburn and QPR squads in which he’s been involved. In 2014, he provided the assist on Bobby Zamora’s goal which gave QPR a win over Derby County in the Championship playoff, which sent Rangers back to the Premiership.

Last season, he played in 22 Premiership matches for QPR, 13 of them as a sub. He didn’t score, and he got credit for one assist, in a March 4, 2015 match against Arsenal.In 2012-13, for QPR,  he had four goals and five assists in Championship play. In 2011-12, his final year for Blackburn, he played in 34 Premier League matches, scored seven times and assisted on six other goals. So, there’s clearly a pattern of diminishing returns.

If Canada could get that Junior Hoilett, that player of 2011-12, it would be a major boost to the program. But, can Hoilett turn back the clock on his career? He needs to. Canada needs him to.