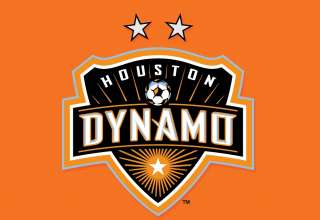 Dominic Kinnear got most of the Houston Dynamo game plan just right.

But the Houston Dynamo coach made one critical error that had a lot to do with his team coughing up a one-goal lead in Saturday’s MLS Cup, and eventually losing to the Los Angeles Galaxy by a 3-1 score. For the Galaxy, it’s a storybook finish to David Beckham’s L.A. soccer career, and the second time in a row it has beaten the Dynamo by a single goal in the MLS Cup.

Kinnear came out with a clog-the-middle-of-the-park formation, which dared the Galaxy, a team of thirtysomethings, to try and use its legs to go wide. Yes, that strategy will occasionally yield a few chances thanks to a well-weighted long, diagonal balls. But it doesn’t allow the older team to gain respites by playing the ball comfortably in the middle of the park.

But that strategy also requires your defence to be strong in the air, as there will be crosses from the wide positions. And this is where Kinnear got it wrong — he left his best defender on crosses — Canadian Andre Hainault — out of the starting lineup. If you’re willing to yield the wide positions, you need to have your best options out there when it comes to dealing with crosses.

And the decision to bench Hainault backfired — and it was so obvious on the Galaxy’s second half equalizer.

Omar Gonzalez outleapt Dynamo defender Kofi Sarkodie to a Juninho cross, and his looping header found the corner of the Houston net. Sarkodie was chosen to start ahead of Hainault. And you have to ask, does Gonzalez win that battle with Hainault, who is much better in the air than Sarkodie?

The Galaxy’s second goal, a Landon Donovan penalty, was created because the Dynamo couldn’t deal with a cross into the box, and the ball was scrambled around in the penalty area and struck Houston midfielder Ricardo Clark’s arm. Again, the Dynamo missed its best presence in the air.

The third goal, a Robbie Keane penalty scored deep into stoppage time, was simply a cherry on top.

The three second-half goals undid what was almost a perfect first half, tactically, from Kinnear and the Dynamo. As mentioned earlier, because the Dynamo packed the middle, it will yield the wings, and the Galaxy did get one good chance early, with Beckham picking out Keane down the left side. His perfect lay-off across the box found Donovan, who somehow sidefooted it wide.

The Dynamo took advantage of two Galaxy miscues to get the opening goal. Adam Moffat’s probing ball down the right side caught the L.A. back line flat footed, and Calen Carr blew by defender Tommy Meyer. But, to compound the problems, L.A. keeper Josh Saunders didn’t recognize the danger, and stayed on his line, offering Carr plenty of angles.

Carr actually beat Saunders high on the near post, after the keeper decided to go down.

And, for 60 minutes, it looked like Houston’s take-away-the-middle strategy was going to work.

That is, until the Dynamo became second best on cross after cross.