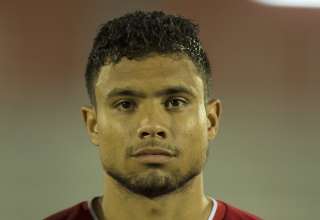 Canadian soccer fans have regularly been crushed by news of someone who decided against playing for this country — and choosing to take their national-team allegiance elsewhere. Teal Bunbury. Owen Hargreaves. Jacob Lensky. Asmir Begovic.

Well, the tables may have turned this time.

Flashing like a neon sign in the Canadian U-17 roster that was announced for the upcoming ASG Cup was the addition of Kianz Gonzales-Froese. This will mark the second tournament in a row that the teen has elected to represent Canada over his native Cuba.

The Vancouver Whitecaps Residency midfielder had previously represented Cuba — as recently as last year’s CONCACAF U-17 Championships. Froese was born in Havana, but grew up in Manitoba.

Froese-Gonzales was named to the Canadian roster for April’s Torneo della Nazioni. So the ASG Cup tournament isn’t the first time he’ll appear in a Canadian shirt. But, now appearing in two tourneys in a row, it looks like the teen has turned his back on Cuba and is focused on the Canadian program.

Along with former U-17 national teamer Sadi Jalali, Froese-Gonzalez trained with FC Edmonton last winter, as both prepared to move to Germany — Jalali to Kaiserslautern and Froese to Mainz. At that time, both pledged their North American futures to the Eddies. If they didn’t stick in Europe, they would play for Edmonton.

But Jalali returned to play for the Whitecaps, and Froese-Gonzalez is also now listed as Whitecaps’ property. With the Jalali situation, the Eddies admitted that they got a verbal promise from the agent, but there was no signature from Jalali or his parents on the deal to bring him back to Edmonton.

The ASG Cup runs Sept. 27-Oct. 13 in Spain. Canada will face Morocco, Mexico and Russia in the group stage.