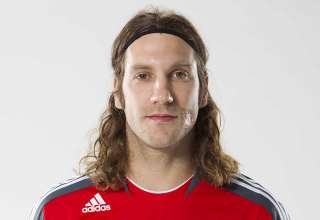 Torsten Frings is the second of Toronto’s Designated Players to be lost for the season.

With the Reds being just a single point from being officially eliminated from the MLS playoff race, the club announced Wednesday that Frings will need hip surgery and will miss the rest of the season. He joins Danny Koevermans, who is out with a torn knee.

In terms of DP impact, Koevermans was a regular scorer, and Frings had moments of brilliance, mixed with moments where it seemed as if the Reds’ mistake-prone defence had worn off on him. But neither could turn TFC into a winning club.

Of course, with the rise of Federico Higuain in Columbus, who scores and/or sets up goals in every game in which he plays — and has transformed the Crew into the hottest team in MLS — the idea of finding a DP who can immediately impact a club and the league is once again being talked about. TFC has yet to find such a player in its history.

No, Frings has not been Mista bad — heck, only Mustapha Jarju’s name can be whispered in the same breath as Mista when it comes to disaster DPs — and you could argue he hasn’t been bad at all. But he’s been put in a no-win situation, to help turn around a football club that has many, many problems. No star players has the amount of hands to plug that many holes in the dike.

The fact is, DPs like Higuain have been rare: A player who turns a franchise around, and lives up to the hype (and, in the case of Higuain, exceeds the hype). Mista/Jarju types have also been fairly rare. For the most part, DPs have been aging veterans who come in seen as miracle-workers, yet can only do so much. Frings has been just that.

We will see if he can come back from a damaged hip, well into his 30s. If not, Frings shouldn’t be remembered as someone who failed TFC. He would need to be seen as a very good player whose failing was that he was only mortal, asked to do the job of a dozen men.