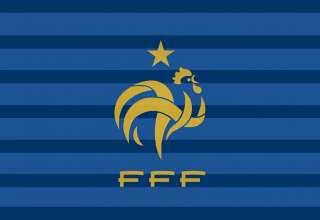 Major League Soccer has announced a new partnership with the French Football Federation, one which will see an academy coach from each of the 19 MLS teams get professional development at the famed Clarefontaine complex.

“We are incredibly excited about this new partnership with the French Football Federation,” MLS Executive Vice President of Player Relations & Competition Todd Durbin said in a release issued by the league. “As part of our vision to be among the top leagues in the world by 2022, we are committed to becoming leaders in the area of player development. This initiative will provide an important learning opportunity for MLS youth academies.”

The selected academy coaches will go through the same programs as the FFF gives to its domestic coaches; plus there are “custom features” as suggested by the U.S. Soccer Federation and the Canadian Soccer Association.

The coaches will undergo 320 hours of field and classroom instruction, then will be immersed into the youth programs of two of the following teams: Two weeks Paris St. Germain, Olympique Lyonnais, Real Madrid, Athletic Bilbao or VfB Stuttgart.

As part of the process, Fred Lipka, the former director of the Paris Racing Academy and the Le Havre Athletic Club, will travel to all 19 MLS teams’ academies to review how they work and help the professional development of the coaches working under the FFF/MLS partnership.

The first session begins this week at the famed Clarefontaine complex, and the 19 coaches will graduate from the program in July of 2014.