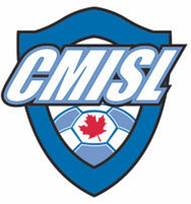 If Calgary United comes from way back in the standings to win the Canadian Major Indoor Soccer League title and go on to the Professional Arena Soccer League playoffs in Cincinnati, followers of the league may have to hold their noses.

Calgary showed a heck of a lot of guts last week when the club came to Edmonton — where it hadn’t won all year — and beat the Drillers 10-7. That win put United one game back of the Drillers with each team having three to play.

Oh, wait, three to play each? Well, sort of. The Kitsap Pumas, from one of the PASL’s American divisions, forfeited two games against Calgary this weekend, as the Washington State team’s travel plans fell apart. So, Calgary went from 5-4 to 7-4 on the season.

“I don’t know the whole story,” PASL director of operations Sydney Nusinov said. “Kitsap was a fairly last minute addition to the schedule. The games didn’t count for Kitsap.”

And the Drillers fell to 6-4 Saturday night, after they were crushed by the powerful San Diego Sockers, 13-3. All of a sudden, the Drillers are in second place in the CMISL.

Yes, there will be those that argue the Drillers could have salted away the league title had they handled Calgary at home last week. Fair comment. But, there is no getting around the fact that Calgary has two forfeits to pad its record. For the Pumas, there was little to lose. While the games counted in the standings for Calgary, they did not count for Kitsap. They were league games for one, friendlies for the other.

The CMISL is down to three teams this season, and it’s understandable that bringing in teams from the other PASL conferences to give some variety and weight to the schedule is a good thing. Otherwise, it’s CalgaryWinnipegCalgaryWinnipegCalgary… you get the picture. But, in a fledgling, limited-budget league like the PASL, if forfeits become an issue for teams crossing the border, then maybe it’s time to look at the concept of interconference play.

Because we can’t have any league that charges admission to its patrons decided — at least partially — by forfeits. That’s the stuff of a Division 5 men’s league.

And, no matter the circumstances of the need to cancel their trip, the Kitsap Pumas need to be punished for missing these games. The games were late additions to the schedule, but once a club agrees to play the games, it has got to show up.