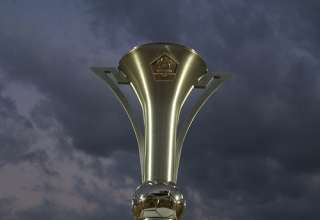 The American team got to carry away the CONCACAF U-17 championship trophy.

It took until extra time of the final game of the CONCACAF U-17 Championship for Canada’s spotless defensive record to be broken — and then the goals came in droves.

The Canadians, who hadn’t given up a goal in the round robin, quarter-finals or semifinals, made it through 90 minutes of scoreless soccer with the Americans in the championship game Sunday in Montego Bay, Jamaica. But, the U.S. teens struck three times in extra time to take the regional championship with a 3-0 victory.

Canadian keeper Maxime Crepeau had little chance a minute into extra time, as American Nathan Smith unleashed a looping, swerving shot from well outside the area that crashed off the post and went into the goal. Not only did Smith break Canadian hearts by putting the Americans ahead, he usurped Canada’s Keven Aleman for the unofficial title of goal of the tournament.

Aleman scored on a laser beam of a strike in the quarter-final win over Trinidad and Tobago. But Smith’s goal was even more spectacular.

Canadian coach Sean Fleming didn’t worry about the fact that the Americans were able to turn one goal into three in very quick order. That Smith goal was the killer.

“It was a great strike for the first goal. The other two I’m not going to worry about,” Fleming told CONCACAF.com after the game.

Oliver was later red-carded for a scuffle with Canada’s Marco LaPenna. LaPenna also got thrown out.

Alfred Koroma added insult to injury by scoring the Americans’ third goal of the night.

Both teams had qualified for the U-17 World Cup when they won their quarter-final matches. But, Canada, which saw its spotless defensive record unravelled in the space of a few extra-time minutes, should take this as a lesson as it prepares for Mexico 2011.

The U-17 World Cup kicks off June 18 with matches in Monterrey and Pachuca.