The right player at the right time. That’s the hallmark of a good signing.

But, as news emerges that Toronto FC is favoured to sign American striker Jozy Altidore as a Designated Player, can we actually say that this is a case of the team signing the right player to fill their needs — at the right moment?

Right now, TFC has Designated Players Gilberto, Jermain Defoe and Michael Bradley on the books. The conventional wisdom is that Defoe will not be back with the Reds in 2015, despite words to the contrary from team brass. But, under the terms of the expiring Collective Bargaining Agreement, TFC is maxed out at the DP position.

And, that’s the elephant in the room. When the CBA expires in the middle of the month, we can’t say for sure how many DPs a team will be able to have, and what the cap hits for those DPs will be. Basically, Altidore’s signing would play into a series of moving parts that makes it hard to truly pinpoint the kind of domino effect he would have on the roster.

But, with Robbie Findley — a player who scored one goal this season — already on the roster, can TFC afford to dedicate another significant chunk of cap space to yet another reclamation project? Findley,who had a cap hit of more than $200,000 in 2014, scored just once last season. He’s the very definition of a reclamation project. You add Altidore to the mix, a player who hasn’t scored a goal for Sunderland since a Sept. 23, 2014 Carling Cup game against Stoke, and you’ve got reclamation project no. 2. And it’s sorta safe to say that between Findley and Altidore, you’ll have a cap hit of around US$600,000, depending on what the new CBA brings. 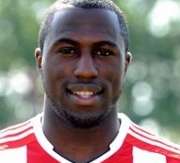 (Yes, it’s absolutely fair to call Altidore a reclamation project even though he still gets called to the U.S. national side. Striker is a position where the Americans are not particularly deep.)

And there’s another consideration. We’ve been hearing rumblings from those close to Collective Bargaining Agreements that the great compromise could be a significant rise in player salaries, but smaller rosters. Basically, teams would still be able to keep costs in line by reducing the number of jobs at the MLS level, even if players are making more.

This also makes sense with the emergence of the developmental agreement with USL-PRO. In the new MLS reality, teams can place many of their depth players on their USL-PRO affiliates. The fringe players don’t need to be with the big team. It’s hard not to envision a future where many prospects would be signed to two-way contracts; one wage for time spent in MLS, another wage level for time spent in USL-PRO.

Now, if smaller rosters do come to pass, TFC would potentially have two veterans in Altidore and Findley taking up places on a reduced team list. If both are busts, that’s a greater share of roster space dedicated to players who aren’t producing. Both fit the description of “used to be good in MLS, and could be good again.”

Signing Altidore comes down to this question: “Does the risk make sense?”

Altidore could be very good for Toronto FC. He could also be a Mista-level disaster. He’s a lot less of a sure-fire commodity than Defoe. In an uncertain time, where there isn’t CBA certainty, is it the time for TFC to be packing the roster with question marks?