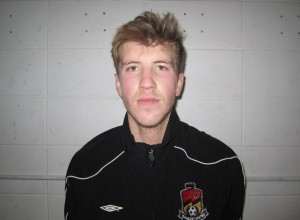 FC Edmonton confirmed that defender Justin Farenik will be on the 2012 roster.

The 24-year-old Calgarian has been training with the club from the end of October, when coach Harry Sinkgraven brought the team together to begin its offseason training program. FC Edmonton is not taking a winter break — instead, the players are working indoors to prepare for the 2012 NASL season.

Farenik has played at Trinity Western University and enjoyed a great career at Calgary’s Mount Royal University. He is yet another example of Edmonton taking a chance on a Canadian collegiate player. Standout centre back Paul Hamilton and striker Paul Craig are Canadian university products.

“Farenik has got a magical left foot, he is still young and he’s a big strong kid, a good header of the ball,” said FCE Director of Soccer Operations Joe Petrone.

Farenik and former Montreal Impact defender Kevin Hatchi are the two new signings the team has made so far this season that will impact the 2012 roster. Both are left-footed defenders, which was key because FCE released both left backs it used last season, Alex Surprenant and Eddy Sidra. The team also has made deals for teens Sadi Jalali and Kianz Froese Gonzalez; both are with FCE until their work permits clear and they can go to their German clubs. If those deals fall through, they have promised to stay with FC Edmonton. They also have pledged to come back to FCE when and if their time in Europe ends.

FCE will continue to bring in more trialists as the offseason continues.