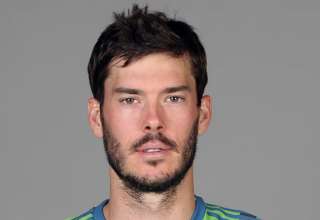 Brad Evans was a Man of the Match for not one, but two teams on Sunday. And, on Monday the North American Soccer Reporters voted him the MLS Player of the Week.

Evans converted a penalty and then scored off a nice cross from teammate Christian Tiffert as his Seattle Sounders beat FC Dallas 3-1 on Sunday. The win not only ensured that Seattle would finish top-three in the Western Conference, but the Dallas loss locked up a playoff spot for the Vancouver Whitecaps.

By failing to beat Portland earlier Sunday evening, the Whitecaps didn’t do their part to become the first Canadian franchise in MLS history to qualify for the post-season. But, when they got the news that Dallas had lost, the playoffs were clinched after all.

The Sounders won by a two-goal margin. Evans had two goals. So it meant that he did more for the Whitecaps than any Whitecap on Sunday.

Player of the week, indeed. And that’s why The 11 also cast its vote in favour of Evans.