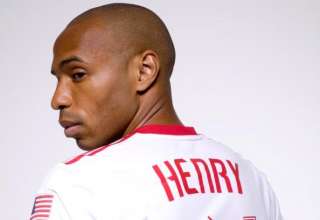 The optimist will say that the New York Red Bulls’ 5-2 home win over the Montreal Impact was cruel on the visitors; that one of the goals came off a dubious penalty decision and another marker should have been called back for offside.

Suspect goalkeeping, poor passing out of the back and some awful marking contributed to New York’s, ahem, three goals that didn’t reek of controversy. And, while apologists may point to the Impact’s solid first-half effort which saw Montreal score twice, you can’t paper over the cracks that were apparent on defence and in goal.

New York will have its fair share of games with scorelines like this — on both the winning and losing ends. With the likes of Thierry Henry and Kenny Cooper in attack, New York will score goals. But, with a back line that is flat and unsure, clean sheets will be rarity for the Red Bulls. Still, the Red Bulls had more Dr. Jekyll than they had Mr. Hyde on Saturday.

The game started off well for Montreal. With Davy Arnaud coming down the right channel, and Justin Mapp down the left, coach Jesse Marsch’s 4-4-2 offered more width than we have seen so far this season. And, against the Red Bulls’ suspect back line, it took less than 20 minutes for Montreal to take a deserved lead. Bernardo Corradi, making his first start for the Impact, did what he used to do so well for Lazio, which is to be a provider for his strike partner. Corradi corralled a cross at the top of the box. He pushed it forward, and it should have been cleared by Red Bulls defender Markus Holgersson, but he allowed the ball to slip right through him to an unmarked Sanna Nyassi, who finished the chance.

But, the Red Bulls equalized when Thierry Henry began his bid for two consecutive player-of-the-week titles. Henry got between central defenders Matteo Ferrari and Tyson Wahl and nodded a cross home to equalize.

Montreal responded well and, like so much of the attacks in the first-half, Mapp was the instigator. This time, though, he was also the finisher. New York’s defenders stood and watched as Mapp cut in from the left, got to the top of the box, and poked a seeing-eye shot just inside the post.

The Impact deserved the lead heading into the break, but referee Michael Kennedy pointed to the spot, ruling that Ferrari had chopped down Red Bulls’ midfielder Dax McCarty in the area. But the ball clearly changed direction, and it was clear that Ferrari got the ball first with his challenge. It was oh so cruel when Cooper slid a penalty down the middle to equalize.

But, if Montreal was unlucky in the first half, the Impact players were authors of their own misfortunes in the second.

NYRB coach Hans Backe made the choice to take off Rafa Marquez, a liability in his own end, for Teemu Tainio, and that gave the home side a little more resilience.

The Impact soon handed the lead over to New York, as right back Zarek Valentin made a poor pass out of his own end. McCarty picked it off and sent it to Henry at the top of the box. Ferrari and Wahl could not get out fast enough to close Henry down, and the French striker showed his class in turning and finishing with a low shot inside the post.

New York could have made it 4-2 soon after, as Ricketts fumbled what should have been an easy cross, forcing the Impact to scramble the ball away near the goal line. Ricketts also gave away a corner after allowing a ball to creep past the end line that he was in position to cover. Uncomfortably, Ricketts looked like the keeper that went from being MLS Goalkeeper of the Year two seasons ago to a backup last year with the Galaxy. And, with Montreal being an expansion side, with little to lose, maybe the time is ripe for Marsch to allow Greg Sutton or even Evan Bush — who was so good in NASL last season — to have an audition.

But the fourth goal was coming. And, while Henry’s backheel flick to Mehdi Ballouchy was a thing of beauty, and the Moroccan obliged by finishing the chance, it should never have got that point. Henry flicked on a cross from Jan Gunnar Solli, who should never have got the ball through in the first place. Solli was out wide right in the attack, with defender Josh Gardner squaring him up. But, Gardner chose to go to ground to slide for the ball rather than hold his position. Solli stepped around him and made the pass into the box. The Henry flick is what people will talk about, but it was created through a Gardner mistake.

Henry finished off his hat trick just before the final whistle, and was likely offside. But you can forgive the linesman for losing track of the play. A shot from Cooper that went straight down the middle was fumbled by Ricketts, and Henry took the loose ball and buried it. The linesman was probably as surprised as anyone that Ricketts didn’t do better with the initial shot. And it’s hard to feel hard done by when the keeper makes such an elementary mistake.

Was 5-2 hard on the Impact? Hardly. This is still very much a raw team that is prone to making a lot of mistakes. It’s just four matches into its MLS existence. And the Red Bulls took advantage of the gifts that were handed to them.