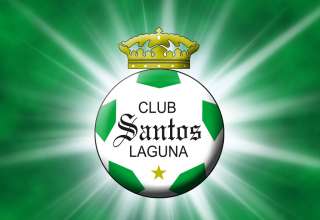 As the dust settles after Toronto FC’s 6-2 loss Wednesday on the road to Santos Laguna, no one is going to talk about the talent gap on the field — the best team in Mexico against the only team in MLS without a point.

No one is going to talk about just how incredible it was that a poor MLS team was able to get hot and get to the semifinals of the CONCACAF Champions League.

No, people will talk about the plethora of self-inflicted wounds that brought on a green-and-white flood of second-half goals in Torreon. From Julian de Guzman to Miguel Aceval to Ty Harden, TFC’s valiant effort to get to the finals of the CCL was undone by errors.

At halftime, TFC defied critics by being tied 2-2 with a team that hasn’t lost at home this season. But, by the 64-minute mark of the game, it was all but over.

Aceval is a veteran of soccer in South America. De Guzman has played in Central America many times with the Canadian national team. So it’s not like they were new to the pressures of Mexico and cracked. But both had the spotlight shone on them for being at the wrong place in the wrong time — and doing the wrong thing.

First it was De Guzman, who barged into SL’s Christian Suarez at the edge of the penalty area, with the ball going away from goal. De Guzman had time to pull up and allow Suarez to keep running head down towards the end line. But, instead, De Guzman came in late and the penalty kick was given out of a situation that shouldn’t have been that dangerous.

Juan Pablo Rodriguez converted the penalty to make it 3-2. Eight minutes later, he’d return to the spot to make it 4-2.

That second goal came off a handball call against Aceval, who went to ground to block a ball in the box. The ball came off Aceval’s face and hit his moving arm, giving the referee little choice. Question is, what is Aceval doing on the ground? Aceval has shown that he is frequently hitting the deck when a defender is better off squaring up his man — and the Chilean does this to make up for his lack of speed. And, that’s the question — how does TFC’s scouting staff and coaches identify that Aceval is OK to pair with Ty Harden in the centre of the defence, when it’s clear that he isn’t quick enough to play at this level? This should have been evident when Aceval was scouted.

Two mistakes and TFC’s hopes were done — and a fantastic first half, that was a treat to watch, was undone. Still, both of Herculez Gomez’s first-half goals were aided by scandalous defending on TFC’s side.

After Joao Plata scored his first of two goals, a header into an open net after a Luis Silva shot was blocked off the line, Aceval fell asleep in a one-on-one situation with the hottest striker in all of Mexico, Herculez Gomez.

On a simple ball in from the left side from former Celtic man Marc Crosas, Aceval was caught ball-watching. Gomez was able to get goal side and ball side, exploited the space and slammed the equalizer past a helpless Milos Kocic in goal.

Plata struck again, as a wonderful chipped pass from Nick Soolsma fell into no-man’s land between SL’s two central defenders. Plata was able to hit it on the half-volley and gave the Reds a 2-1 lead.

But, right before the stroke of halftime, Harden was caught backpeddling, while right back Richard Eckersley was slow to move up with the line, which put Gomez right on the cusp of being offside-onside. Too close to call, and Gomez didn’t make a mistake.

Through most of the first half, SL chose to focus on attacking Eckersley, moving up and down their left. And, in fact, it limited their own options. In the second half, they spread out the attack, and the talent gap was evident, even though the TFC mistakes were catalysts.

Oribe Peralta and Daniel Luduena finished the scoring for the home side, and Peralta’s goal came after a series of quick passes that showed the talent gap between the two teams. Really, if Santos’s goals had all been like that, the loss would be so much easier for Toronto fans to swallow.

But they weren’t. While TFC showed a lot of character and heart to get this far, the Reds’ were far too undisciplined to deserve a shot at the final.