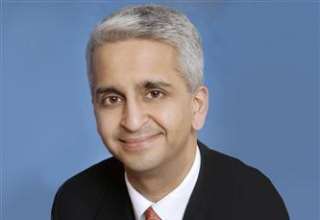 According to the NASL, the Montreal Impact and Vancouver Whitecaps can field affiliated teams in Div. 2 as early as 2012.

While neither team has concrete plans in place to have affiliated teams in NASL, Vancouver has retained its membership in the league and Montreal plans to do the same when it leaves the Div.-2 circuit for MLS in 2012. This is consistent with previous indications from the league.

“As for Montreal and Vancouver having NASL teams that door is open for 2012 and beyond,” said league spokesman Kartik Krishnaiyer following a conference call with United States Soccer Federation President Sunil Gulati and NASL CEO Aaron Davidson.

The two executives spent a half hour with reporters talking about the USSF’s decision over the weekend to sanction the NASL as the official Division-2 league for one season — and then review the progress at the end of the campaign.

The board voted 6-5 Friday to grant NASL Div.-2 status. MLS commissioner Don Garber and Gulati abstained from the vote.

For MLS, abstaining was always likely, as Montreal is moving from NASL to MLS in 2012 and Vancouver is moving this season. With franchises involved in the politics of both leagues, an MLS vote would have constituted a serious conflict of interest.

The conference was upbeat.

“We are excited about the upcoming season and a stable Division 2 that fits into the landscape of American soccer,” said Gulati. “It’s been a very cooperative journey with the federation,” said NASL CEO Aaron Davidson.

The USSF is concerned over the fact that Traffic USA, the subsidiary of the Brazilian soccer giant Traffic Sports, has a stake in three of the five U.S. mainland teams — Atlanta, Carolina and Miami. But Gulati insisted that there is no deadline to bring new investors in to replace the Traffic shares in Atlanta and Carolina.

“There is no timetable on that,” he said. The USSF’s pro development arm will work with NASL to look at diversifying the ownership in the member teams. “The markets we stepped into have local operator-investors as well as management teams that are independent from Traffic,” said Davidson.

And, the five mainland U.S. teams are not eligible for this year’s U.S. Open Cup simply because it is too late to enter them into the competition.