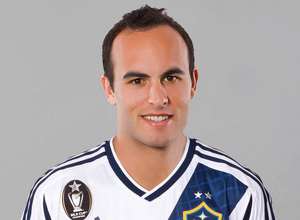 When one of the poster boys of U.S. soccer scores a hat trick, the player-of-the-week vote loses most of its intrigue.

As soon as Landon Donovan scored his third goal of the match Sunday night against FC Dallas, the Player of the Week vote was a done deal. And even though Dallas rallied to get a 3-3 draw, there about as much surprise Monday when Donovan was named Player of the Week as there would be to a Conservative winning an Alberta election. Donovan was the top vote-getter from the membership of the North American Soccer Reporters.

Donovan scored right before halftime, running onto a through ball, heading it over Dallas keeper Chris Seitz and then finishing the chance before being crushed from behind by defender Matt Hedges.

Donovan finished the hat trick with two goals over a nine-minute span in the second half, and his performance overshadowed the Seattle Sounders debut of the other American soccer poster boy, Clint Dempsey.

How The 11 voted: Donovan. A hat-trick performance, and it wasn’t like any of the three goals were gimmes.